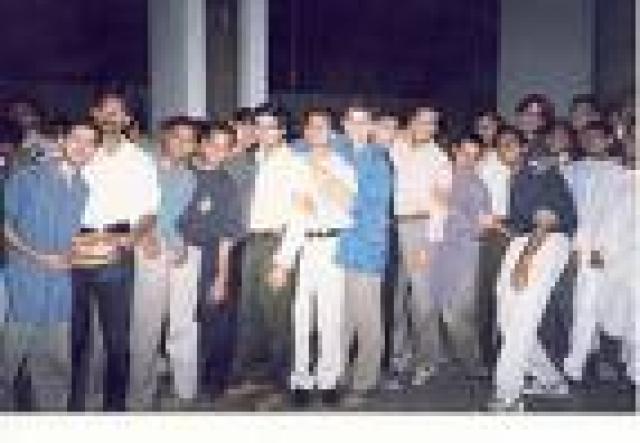 On one of my travels through Kolkata recently, I saw a huge mass of people of the Bhadrolok middle class variety massed up outside the Calcutta Electricity Supply Corporation Billing offices. The men had their brief cases and nice watches and the women had their hand bags and purses. Almost all had umbrellas in tow, a protection against the sweltering Kolkata heat as well as the unpredictable monsoon that is now on. I shuddered as I passed by. You see, I have a phobia of crowds.

Passing by, I recalled a recent experience when I tried to avoid standing in queues and crowds, and that too unsuccessfully. My passport which had a validity of close to a decade had run out of pages and needed an additional booklet. I contacted my regular travel agent but after some discussion, he felt that this was an area where agents had no access and the job had to be done by the individual himself. I recalled vividly the horrors of a previous occasion when I had to go to the passport office and the associated agony.

In desperation, I tried all other resources, the final recourse being some unknown entity who had hung his name plate above a public urinal. His cheap tin plate board advised that he provided all passport related services and gave out a mobile number to be contacted.

Not very confident of whether a man who hung his board on a public urinal could really be trusted but desperate to avoid queues, I dialed the mobile number provided. He sent along a boy who inspired confidence thought his speech and conduct and left behind a card through which he could be contacted which reassured me some what but not much.   To cut a long story short, the passport guy didn’t deliver and I had to go and line up myself and created in my memory bank another horror story which I hope to tell on another day. But it thrilled me no end to recall how e governance in India has halted if not all, at least many queues.   I remember the first time I had to apply for an US visa. The office appointed travel agent told me that the interview with the visa officer was some thing that he could not help me with but that he would help me get the token which would allow an interview with the visa officer. Since only a fixed number of tokens were issued daily, the travel agent would employ men to actually sleep in the open air over night, so that they had a head start in the queue that came to life the next morning. Today, you still need to visit the visa officer, but the appointment can be fixed on the net and one need arrive merely at the time indicated on the print out.

Similarly I recall from my school days that one of the most tedious tasks that one needed to do as soon as one arrived home for a summer vacation was to line up for the return ticket which as issued manually after entering your particulars in a huge and thick ledger. And yes the crowds, the masses of people all having the same objective in mind and the helpless passivity with which one observed some people muscle their way into the crowd knowing that I lacked the aggression to do the same but also the tranquility to take it all graciously in stride.  I recall similar situations from the Post Office in the days before subscriber trunk dialing where people booked a trunk call and then sat down with equanimity with a book , some times for the whole day waiting for the trunk call to mature.

Today as I print out my tickets off my table, pay practically all my bills with the click of a mouse, make lots of purchases on line and have them delivered to my table (including a garish mustard colored shirt that Govinda would have loved and a pair of white trousers that Jeetendra might have liked to dance in, I rejoice that one of the tangible freedoms that I genuinely enjoy in our 60th year of freedom is the freedom from suffocating crowds and queues.