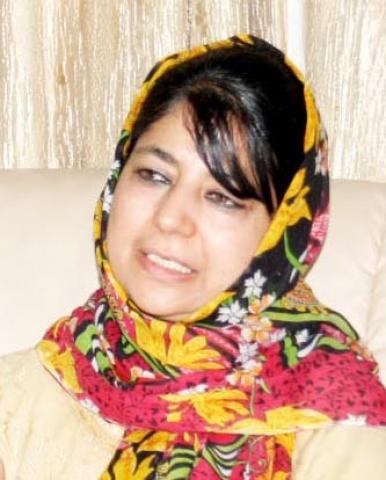 Jammu and Kashmir: Referring to news item published in a section of press few days ago regarding 15 minors whose challan was presented in the court of law for prosecution, leader of principal opposition party PDP, Mehbooba Mufti said that if government has clear notion it could simply refuse the possession of any evidence and all the FIRs would be withdrawn. But going to charge sheet even minors speaks the volumes of sympathy of government towards common masses.

Minister of State for Home Nasir Aslam Wani in association of Director General of Police Kuldeep Khoda while talking to media persons said that government has already referred 283 FIRs for withdrawal; amnesty in 407 cases besides intends to solve all other cases through fast track. He informed that to make the youth apply for passports and other allied purposes FIRs would be withdrawn to which legal proceeding is prerequisite.

Meanwhile, legal experts are of view that once FIR is lodged it becomes the duty of investigating authority to produce evidence upon the basis of which judgment is delivered by Judge. After investigation charges are framed under section 173 RPC on the basis of quality of evidence and many other reasons judge decides the case, they said adding that in 99% cases judge orders for reinvestigation and only in rare of the rare case closure report under section 174RPC is finalized.