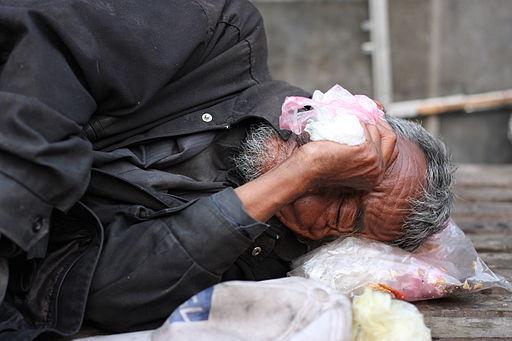 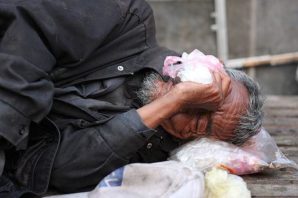 At any given time in America, approximately 50% of all “seriously mentally ill” (SMI) individuals are not receiving any mental health treatment whatsoever.

These people often end up living on the street or worse put into prisons and jails (which have become defacto mental health treatment centers) where they are often victimized or mistreated, not only by the system (jails) but by other inmates as well.

Going back at least a decade or more reports suggest that about a third of all homeless individuals are SMI. One study in particular, dated in 2010 estimated that there are approximately  650,000 homeless individuals in the United States – of these 216,000 have some sort of serious mental illness.

Source: 250,000 Mentally Ill are Homeless. The number is increasing http://www.mentalillnesspolicy.org/consequences/homeless-mentally-ill.html

At my mental health clinic in Phoenix, Arizona staff and management really have no idea how many clients they have who are homeless, of the more than 600 plus assigned at that location (all of whom have been characterized as “chronic homeless individuals”).  Of these those clients who do come forward and ask for assistance in terms of housing are often put on wait lists – that range anywhere from a few weeks to 6 months, depending on if they have income, substance abuse problems, criminal histories…etc.

No one that I talk to at my clinic of the Regional behavior Health Authority (Mercy Maricopa) can adequately explain why people are waiting so long in some cases to be housed in the first place.

I suspect that there is a”bottleneck” occurring somewhere in the process that traces back to the fact that we don’t have enough housing units available to meet the need.

Making maters worse clinic management are fond of telling clients that they have to be “patient” in the process. I suppose that is easy for them to say they have a home and a bed to sleep in at night.

What they don’t understand or appreciate is that its totally unfair to tell people under those circumstance to be patient. I mean, where talking about SMI clients who are women – sleeping outside in a ditch or park bench someplace?

We have other clients who are over at C.A.S.S. (Central Arizona Shelter Services) at 232 S 12th Ave in Phoenix, who are sleeping in the “bullpen.” The bullpen is what we call the “Overflow shelter: at C.A.S.S. – although shelter has nothing to do with it.

The “Overflow Shelter” (as they call it) is basically a fenced in black asphalt parking lot – which in the summer time radiates heat at around 98 degrees at night.  And all that some of these people have separating them from the ground, if they are lucky, is a cardboard box to lay on. On any given night the “Overflow Shelter” has around a hundred individual crowded in the “bullpen.”

See video: Homeless in Phoenix during the summertime http://www.youtube.com/watch?v=-5_chtMWatk