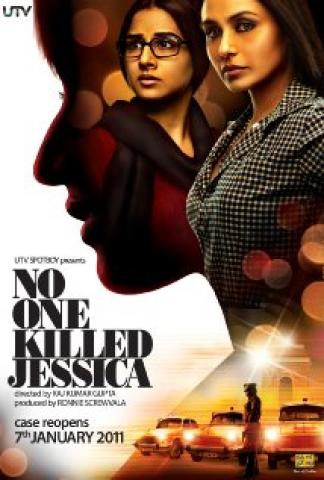 Manu Sharma,son of a politician walked into the Tamarind Court restaurant’s bar in New Delhi on April 29,1999,and demanded a drink.Model Jessica Lall was shot dead for denying him one.It was an open case but three key witnesses Shiv Das, karan Rajput and Shyan Munsi turned hostile.Tehelka’s sting operation reveal that all eyewitnesses had been bought off or threatened (october7,2006). On February 21, 2006, trial court acquits all nine accused due to lack of evidence against them. On October 3, Delhi High Court begins hearing on appeal on a day-to-day basis. On December 18, the court convicted Manu Sharma, Vikas Yadav and Amardeep Singh Gill alias Tony and acquits Aloke Khanna, Vikas Gill, Harvinder Singh Chopra, Raja Chopra, Shyam Sunder Sharma and Yograj Singh. Manu Sharma got life imprisonment. On April 19, 2010,Supreme Court of India  upholds the life term of Manu.Tehelka as a on-line magazine regularly carried out public interest sting operations. The Tehelka editorial team specializes in under cover operation .They are famous for Bangaru Laxman ‘sting operation’.Bangaru Laxman,president of the main opposition Bharatiya Janata Party(BJP) ,Jaya Jaitly and a Army General were among several people secretly videotaped by journalists who were posing as representatives of a London based arms company.The tapes were broadcast on television channels in India.They rocked the government and prompted the resignation of then Defence Minister and Laxman.The Central Bureau of Investigation(CBI) also started a case against Laxman.Tehelka reemerged as a full-fledged print magazine after few years,continues its crusade against corruption in high places.

Eleven years after Jessica Lall was shot in a crowded Delhi bar, a movie called No One Killed Jessica hit Movie theaters.Young director Raj Kumar Gupta’s No One Killed Jessica based on the path braking investigation carried out by Tehelka.His fine detailing and fictional track of an ambitious TV journalist (Rani Mukherjee) made the film interesting.Sabrina (Vidya) is subdued but quietly effective and strong.Watch it and get a first hand knowledge of  how judiciary and police system work in India.