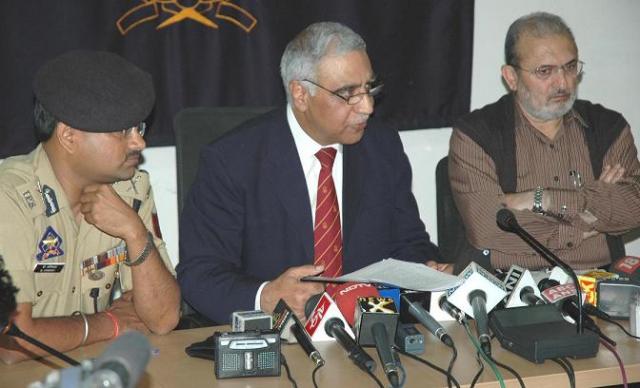 Srinagar, June 02 — Director General of Police, CID, Dr. Ashok Bhan today said that the PDP President and legislator Mahbooba Mufti was not arrested but taken into preventive security when she was came under stone pelting near Kokar Bazar in Srinagar while trying to take out a march from Sher-e-Kashmir Park, Lal Chowk and Budshah Chowk. He made it amply clear that no PDP leader was arrested.

The DG, CID said this while addressing a press conference, here today.

Giving details, Dr. Bhan said that Ms. Mufti, accompanied by MLAs of her party, were moving along with their security cover when they came under stone pelting near Kokar Bazar. He said the officers on duty requested them to avoid walking in Lal Chowk towards sensitive area of Maisuma. He said the security personnel deployed with the PDP leaders expressed concern over their movement, which could have had major security implications and hence they were taken to police station for protective security.

The leaders were advised to leave after the situation turned normal, he added.