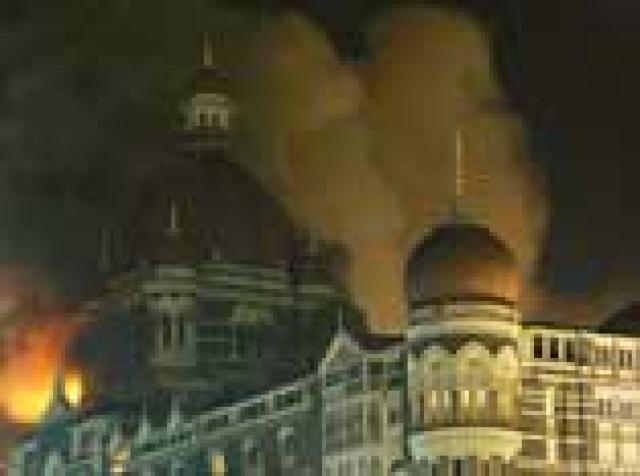 Yesterday late Night Terrorists again strikes Mumbai City with Many Bombs and Firing.It is said that till now more than 100 people have died in this.

Now there is a strict Army outside Oberoi Hotel and Taj Hotel.It is said that there are one or two terrorists hidden in Taj Hotel with Hand Graned.Firing and Bomb Blasts have been done on 10 places in South Mumbai.Also Two Terrorists have been killed in two different incidents late night.Today all schools and colleges have been closed in Mumbai City for security reasons.In this attacks it is said that five police people have been killed.This operation has still not closed.But it is still going on at this time as some suspected people are still there near or in the two hotels.Further till now it was said there were total of 16 terrorists groups involved in this attacks but still exact number is unknown.

Taj Hotel,Oberoi Hotel,Shivaji Terminal,Vile Parle and on many other places attacks have been done.From this we can say that there is no Security for Local Public here.