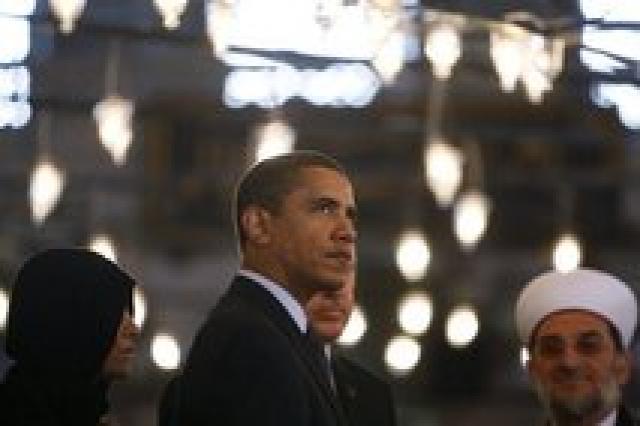 Ankara, Turkey: A Turkish man was detained after receiving a hoax tip that he was plotting to kill President Barack Obama but he was released without any charge, the government sources told.

The Police in Ankara detained a Turkish national on Friday after receiving an anonymous e-mail that even gave the suspect’s address in Istanbul.

There was nothing serious, Police released the man and said that he was mentally disturbed, the tip turned out to be a hoax, the IP address from which the e-mail was sent traced to the United States.

“There was no threat to Obama’s life,” the Turkish official said but the Police took such a tip seriously.

A Turkish newspaper, HaberTurk, had claimed that Sunday that the Police detained a Syrian national who would have posed as a journalist for Al-Jazeera television and thrown a  knife at Obama while he addressed a forum aimed at bridging gaps between the West and the Islamic world, At Istanbul.

Filed under: Politics, World
Share Tweet Pin G Plus Email
previous article: MAN OF THE MATCH GAMBHIR
next article: No Filipino was harmed in Italy Tremor to this point