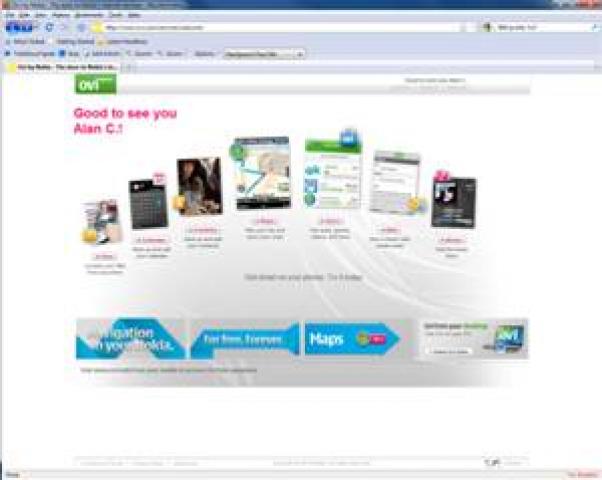 The New York Times ran the story “Nokia Profits Rises on Smartphone Sales and Cost-Cutting”. The story said that Nokia had performed better than expected and had registered a profit. Researching further reveals that while there was an increase of 22 percent on the previous quarter, year on year the company is 19% under. You might say it’s been a tough year for everyone, but has it? Apple has posted record sales. Suffice to say that Apple has doubled the sales of mobile phones over the span of a year. And RIM, the company behind the BlackBerry is fairing as positively as Apple if not better.

When we start comparing like with like, the Nokia story is no longer as rosy as it might appear at first. And one must remember that unlike Nokia, other players have not embarked on a focused cost-cutting operation. Without the aggressive cost-cutting how much would the profits have really been?
There are a number of areas in which Nokia are playing their cards incorrectly.

Nokia has too many phones.

When I logged into their site they had 114 models. It simply confuses people and is costing the company a lot of money to manage and track. Why should we have two models, same name but one with a music edition and one without? Does it make commercial and customer sense to have an N96 vs an N95 and a 2610 vs a 2630 vs a 2600 classic? You might correctly state that Nokia covers the entire mobile phone market spread from the cheap basic models to the whiz-bang models but 10 to 15 models would suffice to cover this spectrum.

Ovi is a bad decision.

Why chuck out a valuable name such as Nokia for Ovi? It confuses people and subtracts value from the mother brand itself. Up to a few months ago we had a password for Ovi and one for Nokia (this has been corrected) but we still have a Nokia PC Suite and an Ovi Suite competing for the taskbar. This doesn’t add up. The dog should know what its tail is doing and should be in control of its rear end.

I go to www.ovi.com and log in. I’m greeted with a “Good to see you Alan C.”. I click on the Store icon and am taken to a secure page (https://store.ovi.com). I am told I have an N97. No I don’t. I look at the top right hand corner, why am I not registered? Why do I have to register again? I register. This time I am not greeted by my first name but by my login name.

One of the critical decisions that go into the design of any mobile phone is the balance between weight, size, speed and autonomy. Put in a faster CPU and, keeping everything else constant, the battery will drain out more quickly. Nokia tends to favour low power CPUs that can go for days on a single charge. The downturn on this is that Nokia phones are slow. Seconds will pass between invoking a program and the program making its appearance. The time between when a key press is sent to an application to when that application reacts can be so large that one starts wondering whether the phone has stopped working. A few of the 10 models should put performance at the forefront.

Nokia does not have the same level of brand cult as Apple. Yet developers should be immune to brand, they should be interested in sales. While Nokia still dominates the mobile market in terms of unit count, it seems that developers do not see it as being a player in the high end market, the market that allows users to use their phone as a computing device rather than just simply as a communication apparatus. Nokia must work hard to convince developers otherwise. Take TomTom for example. Why did this leading GPS software maker abandon the symbian platform? Why does a company such as TVU Networks produce an applet for the apple but nothing for the Symbian? Why does Grooveshark produce an Apple applet but nothing for the Nokia? The list is endless.

Nokia are producing some pretty interesting applications from their Beta Labs (betalabs.nokia.com). Developers will be inspired by what Nokia itself can deliver. So if what comes out of the Nokia stable is not exceptionally user friendly it will be more difficult for some developers to create that functionality in their own produce. I would expect all Beta Labs software to consistently have the following functionality:

The technology industry has seen big names come and go. Dominant players that were not able to adjust to changing lifestyles and how technology is used either when under, were taken over or were relegated to a technological abyss ending up being a mere fraction of their former self. If Nokia plays its cards right, it will be neither.