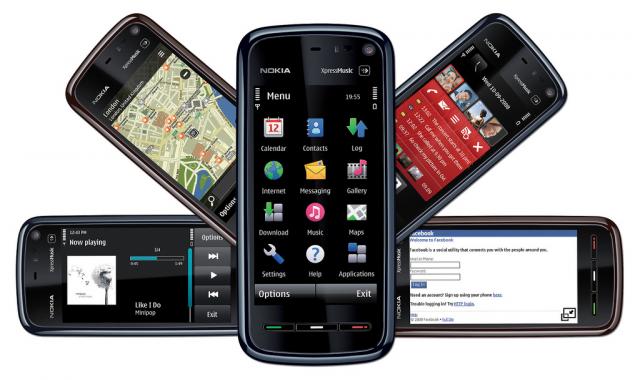 Nokia has released its touchscreen phone, named as Nokia 5800 XpressMusic. I should say, it is pretty good phone, just from the specifications.

After the launch of the iPhone by Apple, it has been the benchmark for all the touchscreen phones. iPhone has gained such a huge prominence due to its slick design, intuitive user interface and impressive hardware. However, iPhone lacked some features, that people wanted like video recording etc.

Nokia has combined cool design, array of features, great music service and more features, that iPhone lacks, to create this device. A few places the 5800 XpressMusic scores over iPhone:

Nokia has come up with a very impressive product filled with lot of features, and Apple should definitely watch out for this gadget. Moreover, Nokia, the world’s largest mobile phone maker, has got a larger customer base and allegiance, than Apple has secured in the past 2 years.

This report will not be complete without the mention of the App store, a place to shop for iPhone applications. Apple has got some cool applications selling on the store and an army of app developers working on more. It has to be seen how the developer community responds to the Nokia 5800, and how Nokia builds its version of App store.

If Nokia succeds in getting some cool applications up for the device, we might have an iPhone killer finally!!!