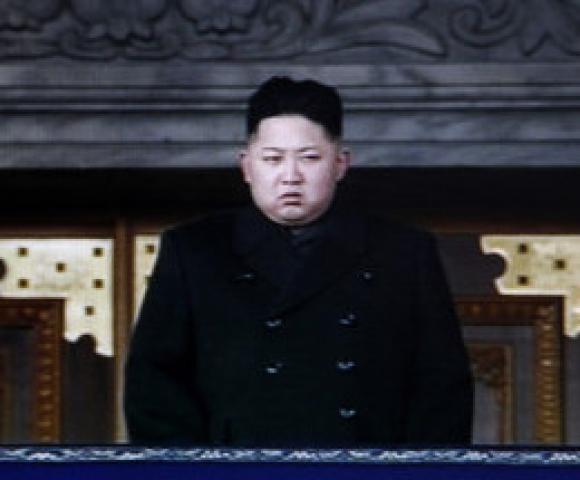 I guess the North Korean militaries and senior government ministers had no problem with finding who would succeed Kim Jong-il when their supreme leader passed away. His son, Kim Jong-un, was the obvious choice after being put under the spotlights, in September 2010.

But Kim Jong-un wasn’t supposed to be the next heir to the succession.

Kim Jong-un is the third and the youngest of Kim Jong-il’s sons. That would make him the third in the line of those people eligible to succeed to the throne, according to British monarchy tradition. His two older brothers would be entitled to succeed their father first. However, North Korea isn’t Britain.

Kim Jong-nam, the eldest brother (rather half-brother actually, because born from a secret relationship Kim Jong-il’s father disapproved of…), was the all-time favourite to succeed their father until he fell out of favour in 2001, after he got arrested upon arrival in Tokyo, Japan, with a fake Dominican Republic passport, using a Chinese name, on his way to visit Tokyo Disneyland with wife and kid.

How wonderful and fun Tokyo Disneyland can be, that was a very bad move!

As for Kim Jong-chul, he was said to be too “feminine” in character. Could you imagine a gay supreme leader for North Korea? That would have been such a revolution!

No… not this time!

Fortunately, Kim Jong-il had a third son, Kim Jong-un, who would be groomed to take over the leadership. Born in 1983 or 1984 (strangely, nobody seems to really know what his date of birth is!), he studied at the English-language International School of Bern, Switzerland. He was reported to be very shy, but also very competitive in sports, and fascinated with the NBA and Michael Jordan.

Could such lovely description of an English-speaking European-educated boy portray the lines of a future ruthless tyrant? Only time will tell…

Finally, I couldn’t resist having a quick look at the North Korea Supreme Leader Job Vacancy. There it is:

SUPREME LEADER OF THE DEMOCRATIC PEOPLE’S REPUBLIC OF KOREA

The Supreme Leader will be responsible for the following duties:

Analyses developments in the country and pursue the work on genocide, war crimes, ethnic cleansing and crimes against humanity initiated by his predecessors;

Reads speeches to the North Korean nation, hailing his predecessors as icons and the outside world as evil;

Maintains no relation whatsoever with other countries than our sister, China. Refuse any interference from the outside world related to independent experts involved in humanitarian, peace and security and human rights activities, possible situations of massive violations of international human rights, humanitarian law and criminal law;

Participates in conferences, seminars and academic fora relevant to the work of the Office;

Perform other related duties as required.

For this post, fluency in Korean (only oral – we write your speeches) is required.

Knowledge of English (just in case your translator dies).

Extension of the appointment is subject to your death.

You will be required to have at least one son to take over your leadership when you die.