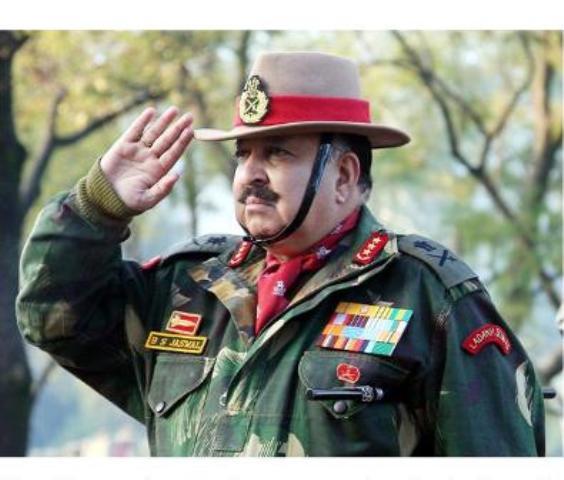 According to PRO Defence, Lt Rajesh Kalia that a third generation army officer, General Jaswal was commissioned into the 3rd Batalion of the Rifles in Dec 70. In a distinguished career spanning over 40 years, the General held various, command, staff and instructional appointments. He came to Northern Command with a rich and varied experience in counter-insurgency and conventional operations, both in J&K and the North East. As GOC-in-C, Army Training Command, the General’s professionalism and vast experience contributed immensely towards conceptualising the training philosophy and operational doctrines of the Indian Army,PRO said..

Rajesh said that during his tenure as Army Commander, General Jaswal gave shape and direction to the conduct of all operations in Northern Command. His practical and down to earth approach earned him the sobriquet of a “People’s General”. Today, the internal situation in J&K has improved tremendously with militancy showing a downward trend. While addressing the officers and troops the General highlighted the need to keep constant vigil and exhorted them to continue upholding the glorious ethos of the great Indian Army. The General said that he was proud of having been member of the Indian Army and satisfied that he was leaving Northern Command in a high state of operational preparedness, ready to meet any eventuality.

He said that Ritu Jaswal, President, Family Welfare Organisation always maintained that a soldier could only discharge his duties efficiently when he had no domestic worries. She therefore, untiringly worked towards the improvement in quality of life of the families of all ranks posted in Northern Command. Her genuine concern for their wellbeing saw quantum improvements in critical areas such as accommodation, handling of differently abled children, Veer Naris (widows of service personnel) and resolution of marital discord cases.