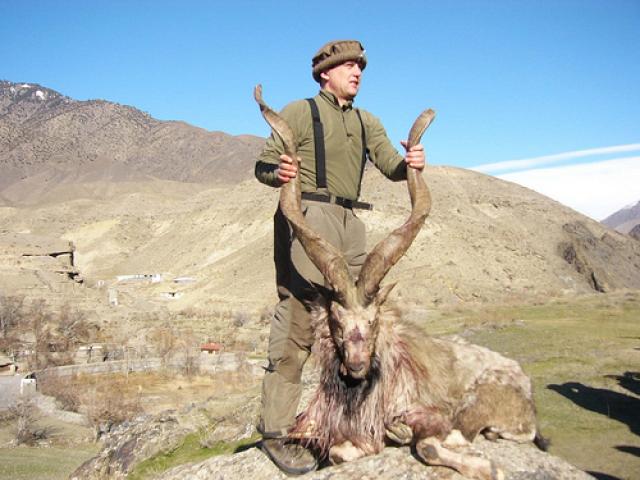 CHITRAL: Norwegian hunter Oyvind Christensen shocked the locals of a rural Pakistan town when he paid $81,200 to hunt the rare Kashmiri Markhor in the Toshi area of Chitral. The large Markhor’s horns measured 47 inches long and more than one and half meters tall, with 100 KG of total weight.

Chitral is famous for Kashmiri Markhor and every year millions of  rupees come in related to hunting permits. Talking to your correspondent Mr. Christensen said that, "Chitral is very peaceful place and the people of Chitral also very civilized and cooperative."

Divisional Forest Officer Wild Life Imtiaz Hussain said that Chitral  has more than 2,000 Markhor and other wild life like Ibex, snow leopards and rare birds. He said that after a bidding round the successful bidder is awarded a hunting permit. He said Chitral issues 3 to 4 hunting permits and earns million of rupees this way.