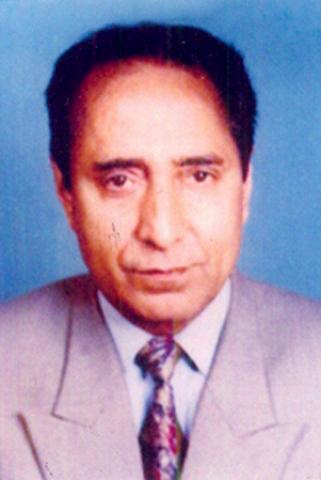 Srinagar/Jammu,March 15 (Scoop News)-Noted writer,broadcaster and journalist,  Shamsudin Shamim passed away at Srinagar last night after a brief illness.
Media fraternity across the State has condoled the demise of Shamim describing him as a noble soul and thorough professional.
Chief Minister, Omar Abdullah has condoled the demise of Shams-ud-Din Shameem a well-known writer and journalist of Kashmir who also worked as News Reporter in Doordarshan.
JK CM Omar Abdulla condoles demise of Shameem. In his condolence message, the Chief Minister conveyed his sympathy to the bereaved family and prayed for peace to the departed soul.

While working for Srinagar Doordarshan’s News section, Shamsudin Shamim became a household name in the Valley due to his incisive reporting and indepth coverage of events and issues facing the society. He held journalism more as a passion and commitment which he displayed till the end.
Hearing of Shamim’s demise, a condolence meeting was held at the Directorate of Information & Public Relations, Jammu in which speakers remembered the times they spent with Shamim and hailed his commitment and passion towards the profession which he exhibited all along.
In his remarks, the Director, Information,  Zaffar Ahmad described Shamim as a committed professional, who always exhibited the qualities of a noble soul.  He said in his death, the Department of Information has lost a dependable colleague and a professional ally. He expressed sympathies with the bereaved family of late Shamim.
Media professionals in Jammu and Srinagar have also paid glowing tributes to their former colleague and comrade.

In separate condolence meetings, they remembered him for his contribution to the field of reporting despite very difficult circumstances during which he operated. They said he exhibited the qualities of a sharp reporter on one hand and that of a caring friend on the other.