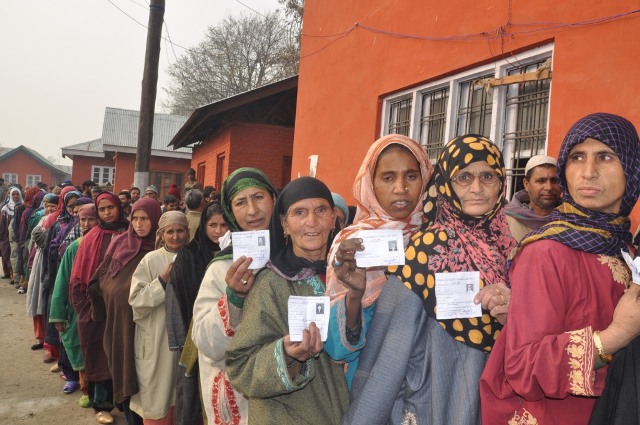 Jammu, November 26, (Scoop News)- Election Commission of India today issued notification for holding the elections in twenty out of the 87 assembly constituencies in the fifth and last phase of the five-phase Assembly election.
The Governor, in exercise of powers vested in him under provisions of the Sub-Section (1) of Section 27 of the Jammu and Kashmir Representation of the People Act, 1957 and as recommended by the Election Commission of India (ECI), has issued the notification for holding the elections in 20 constituencies in the fifth phase.
The constituencies going to polls are Bani, Basohli, Kathua, Billawar, Hiranagar(SC) in Kathua District and Nagrota, Gandhinagar, Jammu East, Jammu West, Bishnah, R S Pura(SC), Suchetgarh, Marh, Raipur Domana (SC), Akhnoor and Chhamb (SC) in Jammu District and Nowshara, Darhal, Rajouri, Kalakote in Rajouri District
As per the notification, December 03 (Wednesday) will be the last date for filing of nominations, scrutiny of the papers will be held on December 04 (Thursday) and the last date for withdrawal of candidature is December 06, 2014 (Saturday).
Elections in these constituencies will be held on December 20, 2014 (Saturday) from 8 am to 4 pm and December 29, 2014 (Monday) as the date before which the election shall be completed.