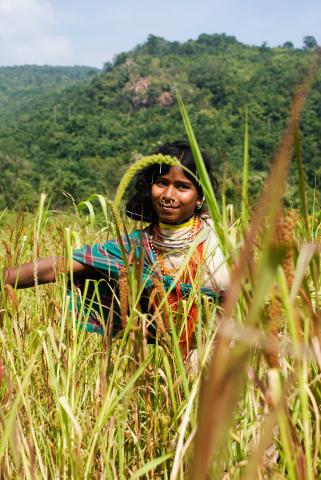 A firm managing pensions for more than two million people in the Netherlands has sold its €13million (US$ 16million) stake in the notorious mining conglomerateVedanta Resources.

PGGM investment firm made ‘intensive efforts’ to engage with British company  Vedanta over its plan to mine the sacred mountain of India’s Dongria Kondh tribe for aluminium ore. But according to PGGM, Vedanta refused to participate in a roundtable discussion on the issue.

PGGM stated that Vedanta had made ‘insufficient improvements’ on human rights standards, and was ‘burdened with growing reputation risk, which may also translate into financial risks.’

PGGM joins the Norwegian government pension fund, the Church of England, the Joseph Rowntree Charitable Trust and others in dumping its Vedanta shares after a sustained campaign by the Dongria, local activists, Survival International and others.

The news comes less than a month before Vedanta’s Annual General Meeting in London. Last year the meeting was beset with protestors including Bianca Jagger.

Survival’s director Stephen Corry said, ‘This news from PGGM is very welcome. Its story is a salutary tale for investors still trying to ‘engage’ with Vedanta on human rights issues. The company does not listen to investors: the only reasonable option is to sell up now.’

To read this story online: http://www.survivalinternational.org/news/6199