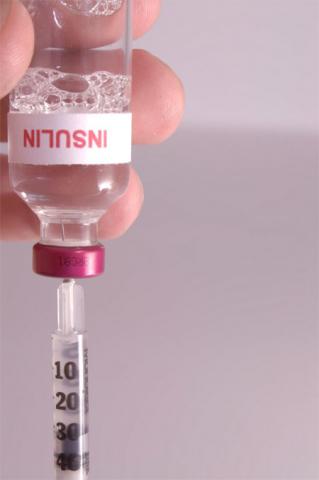 The patients who are effected with diabetics they have been taking daily the insulin  injections  but  now this has put end.The researchers in Indian Institute of Chemical Technology in Hyderabad have developed  a method  for  delivery  of  Insulin  through  the nasal route using nanotechnology.

Since insulin is delivered through the nose using very minute or nanoparticles, the delivery is quite effective without side effects. The researchers have recorded a 98 percent success rate.Scientists the world over have been researching on alternative delivery.

Several methods including aral and nasal routes have been developed but most of them have been provide ineffective or have side effects.

A team of IICT researchers from the pharcomocology division developed muco-adhesive nanoparticles that could be an exciting prospect for trans-nasal insulin delivery.

The team prepared starch nanoparticles and loaded them with insulin. Emulsion cross-linked particles are smaller in size compared to the existing gel method. The team succesfully reduced the size further using epichlorohydrin as a cross-linking agent.