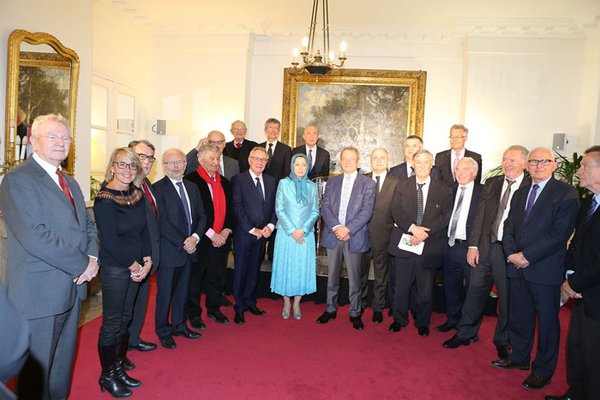 Iranians in France held Nowruz celebrations to bring in the Iranian New Year 1395. Members of the Iranian community in France as well as their French supporters held the Persian New Year celebration in Taverny, North of Paris on Sunday, and additionally the celebrations were welcomed in the hall of National Assembly of France. Dignified invitees by the Socialist Party MP Dominique Lefebvre we’re addressed by the president-elect of the main opposition Mayam Rajavi, whose message on the necessity for regime change in Iran, extended to equally wishing ‘families and the great nation of France [and Iran] a year filled with progress and advancements’.

The messages of hope delivered during Nowruz are for all ages and religions, marking a time for reflecting and looking towards new beginnings, plus it’s the first day of Spring. So light be upon us, yet under the mullahs it remains unenlightened for Iran, whose people risk their their freedoms should they engage in cultural activities. Yet that’s the philosophy of the Iranian New Year; freedom of mind and expression. During the celebrations of Nowruz, at least for those exiled in France and other EU countries, it’s customary to freely watch dancers, listen to musicians, whilst also enjoying myths and legends of Persia and taking part in family activities. In Taverny, North of Paris, Uncle Nowruz, the Iranian version of Santa Claus, even made an appearance.


For the grown-ups the celebrations take on a political force which resonated through the halls of the French National Assembly in Paris. The renowned Iranian musician, Hamid Reza Taherzadeh, who is also an economist and human rights activist brought light to the celebration. The attendees also held a minutes silence to remember the victims of terrorism and barbarity. At the event supporters vowed to redouble their efforts in the Iranian calendar 1395 to overthrow the mullahs regime and bring democracy, freedom and human rights to Iran. In solidarity were also appearances from French political voices including Christian Kert who via the Spring of Freedom twitter account spoke plainly that ‘we in France at the National Assembly stand with Iranian people and National Council Resistance of Iran (NCRI)’. 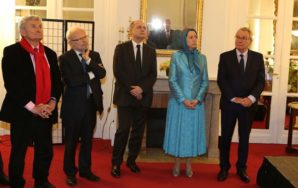 The voice of youth solidarity echoed too in unity with a representative from L’Union des Démoctrates et indépendants (L’UDI Jeunes). And a well-known French political personality, seemed to make reference to the recently agreed JCPOA deal – that demands Iran continue to curtail it’s nuclear framework – remarking that ‘friendship between Iran and France is progressing, despite American misgivings. What, then, of these ‘misgivings’? Is this circumspect of a misgiving that prime minister Ali Khamenei isn’t the ‘moderate’ that the mainstream press have begun to portray? This misgiving at a time of celebration was further lamented by French MP Michel Terrot who commented that ‘[the] Iran regime [continues to] violate human rights and is the main state sponsor of terrorism globally’.