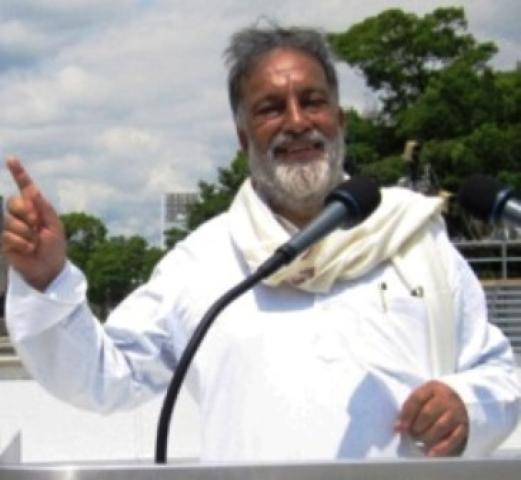 Jammu, January 16(Scoop News) –"After the collapse of Omar Abdullah’s ‘A’ team, he has attempted to play another fraud with the people of J&K by launching team ‘B’ of no less tainted ministers than he had in his team A". This was pronounced by Panthers Party Supremo Prof. Bhim Singh in reply to a news correspondent from Srinagar.

Prof. Bhim Singh expressed shock that the Central government has given green certificate to the inexperienced, inefficient and the Lord of the tainted ministers to paint black & white on the fading screen of the Congress party. NPP Chief Patron said that the leeches (ministers) who had crossed the saturation point in sucking the blood of the poor and lost to suck any more were dropped and the new leeches have replaced the old one so that they shall suck the remaining blood of the poor electorates.

Prof. Bhim Singh questioned Delhi whether they intend to rule J&K through the tainted ministers, corrupt politicians and land grabbers. One minister appointed was fired by a majority vote inside the Assembly for having collected bribes for the transfer of a school teacher. This is on record. Another minister who is involved in grabbing the state and the forest land and facing trials before the legislature as well as Accountability Commission has been elevated. One more minister who was fired for another scam has been promoted after his release from the prison. The Chief Minister himself is facing a criminal writ petition in the Supreme Court of India on the alleged murder of his party worker, Haji Yousuf in police custody, Srinagar in 2011.

Prof. Bhim Singh urged Governor, N.N. Vohra to dismiss Omar Government which has been constituted in violation of the Constitution of the State which allows only 20% ministers of the total number of the members (87 + 34) in both Houses of Legislature. Omar Abdullah’s government has inducted 27 ministers including two MoS who have designated as Vice Chairmen in the government.

NPP has also demanded judicial inquiry into the assets and wealth of all the past and present ministers since 1975 including that of their spouses by a sitting judge of the Supreme Court of India. He said that 90% ministers have raised illegal assets and raised black monies from the state properties and departments. NPP demanded immediate dismissal of the tainted government so that the people may elect their representatives of their choice.

Filed under: Media & Tech, World
Share Tweet Pin G Plus Email
previous article: Panun Kashmir terms the peace process with Pakistan as the path of suicide
next article: Allah -ud- Din had a strong wall built along the banks of the Sindhu