CHITRAL:  Nusrat Jabeen assumed charge of District Social Welfare Officer as first lady of Chitral on this key post.  Earlier that she was working as first lady  social welfare officer of Federal Government in Social Services Medical Center District Headquarters Hospital Chitral. She passed her matriculation examination in Arts from government Girls High School Chitral (Moldeh) in 1991.  Talking to this scribe in an exclusive interview she told that she wishing to become a doctor and serve the humanity but unfortunately there was no science teacher in our school to teach us science subjects and all of students were enrolled only in Arts classes. She said that one of my class fellow was my close friend whose  father was Principal of Boys High School and I request her to motivate her father to allow me for admission in boys school for reading science subject but he also not permit me.

She passed Bs.C from Home Economics College Peshawar and Master in Social work from Peshawar University in 1998. She joined Social Welfare officer at DHQ Hospital Chitral in 2003. Earlier that she served in Aga Khan Rural Support Program for 3 years who was also offered  meritorious Award  on her outstanding performance from AKRSP.  After 18th Amendment most of Federal Government Departments merged in province of KPK and her services were also given to KP Govt. She is the only Female officer on this seat in Federal and Provincial department as well.

She rendered meritorious services  in patient welfare, rehabilitation and social services. Nusrat also worked a lot on women development, skill development, human rights who also remained member of  National Commission  Human Rights Pakistan, and member of Dispute Resolution Commission at Chitral. As well as she celebrated  different national and international days regularly to create awareness among the people regarding importance of the day among the masses.

Nusrat Jabeen is the only lady who travelled on horseback while visiting the whole Broghul valley for women mobilization who shared her survey report with different developmental organizations for uplifting life standard of women of Broghul valley. But from the very beginning this was my hobby to serve the needy and deserve people for my spiritual satisfaction and that is why I joined social welfare department to serve the needy people she added. Responding to a question she said that working with male dominated society sometimes they under-estimate a woman worker but we should to ignore these attitudes and to go ahead.  There are so many challenges to give their rights to poor and deserving people in my field but I have determined to never be violate of rules and always be avoid from any injustices.

After resuming her duty as District Social Welfare Officer she said that all loop holes will be reformed  and the present system will be streamlined, strengthened and to enable them to work in a pipeline in unity. As well as the government also had given them mandate to bring benefits from donors and to support the helpless and needy people. Chitral was the first district of KP where social services Medical Center  unit was established which was a gift by Mrs Nusrat Bhutto who elected as MNA from Chitral and the second center was opened at Chakdara she added.

She said that doors of my office will always be open for each and every applicant and needy person. She said that she will try of her best to bring reform and positive changes with promoting vocational centers, skill development centers, special education and social services at Chitral.   As well as a meeting  of all line departments affiliated with Social welfare will be called to motivate all staff working in these sections for work hard, with honesty and great dedication to give benefits to deserving people. There is zero tolerance for corruption and dishonest people in my office she added. She offered her services for all those organizations ,societies, communities who work for benefit of humanity and appeal to all community to come forward and to work together for benefit of poor people.  Nusrat Jabeen also established Citizen community board for skilled women with the name of Hunarmand Khawateen to promote handicraft of the area through these skilled women.

Nusrat Jabeen appeal all community of Chitral to visit his office for giving their good suggestions and services for more benefits of needy people and to eradicate  poverty, ignorance and frustration from Chitral

In this connection this scribe also contacted Sikandar Hayat Sherpao provincial minister for irrigation and Social welfare on phone who confirmed that his portfolio working for the benefit of entire humanity and especially  he want to select only honest, hardworking and professional persons on such key posts/seats who having the spirit and skill of human services. He said that Chitral is our important district of KPK and we will launch a network of different developmental and social working to benefit the people of entire district through social welfare department. 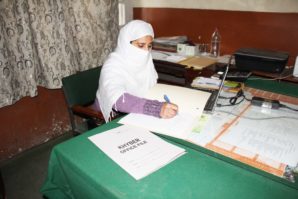 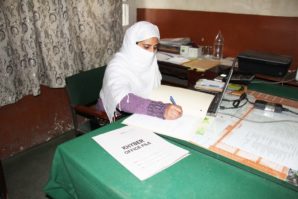 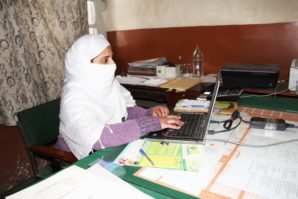