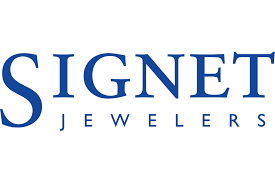 The Shareholders Foundation announces that an investor, who purchased NYSE:SIG, filed a lawsuit in over alleged violations of Federal Securities Laws by Signet Jewelers Ltd. in connection with certain allegedly false and misleading statements.

Investors who purchased shares of Signet Jewelers Ltd. (NYSE:SIG) have certain options and should contact the Shareholders Foundation at mail@shareholdersfoundation.com or call +1(858) 779 – 1554.

According to the complaint the plaintiff alleges on behalf of purchasers of Signet Jewelers Ltd. (NYSE:SIG) common shares between August 29, 2013 and February 27, 2017, that the defendants violated Federal Securities Laws. More specifically, the plaintiff claims that between August 29, 2013 and February 27, 2017, the defendants issued false and misleading statements and/or failed to disclose adverse information regarding Signet Jewelers’ business and prospects, including that alleged sexual harassment by employees of Signet Jewelers Ltd’s Sterling Family of Jewelers division (“Sterling”), including numerous incidents of sexual assault and rape, which were detailed in approximately 249 declarations signed under penalty of perjury by current and former Sterling employees (the “Declarations”), made it unlikely that Signet Jewelers Ltd. would be able to avoid paying a sizable amount of damages in connection with a class action lawsuit filed by Sterling employees, and that as a result of this information being withheld from the market, the Company’s stock traded at artificially inflated prices between August 29, 2013 and February 27, 2017, reaching a high of $150.94 per share.

On February 26, 2017, the public gained access to the Declarations, spanning over 1,300 pages of sworn testimony, which painted a picture of a Company in which sexual harassment, including sexual assault, was not just tolerated but modeled at Company functions by top executives, including the Company’s Chief Executive Officer, defendant Mark S. Light (“Light”). The Declarations were submitted in a private arbitration against Sterling in June 2013, but remained under seal until February 26, 2017.

On February 27, 2017, it was reported that a subsidiary of Signet Jewelers Ltd allegedly discriminated against female employees. Additionally, it was reported that about 250 female employees testified in arbitration filings that male managers and executives engaged in rampant sexual harassment for years and that a private arbitrator ruled that about 69,000 current and former female sales associates of mall jewelry stores Kay and Jared, owned by a subsidiary of Signet Jewelers Ltd, can sue for discrimination and back wages.

On February 28, 2017, Signet Jewelers Ltd issued a statement and denied the allegations.

Those who purchased NYSE:SIG shares have certain options and should contact the Shareholders Foundation.