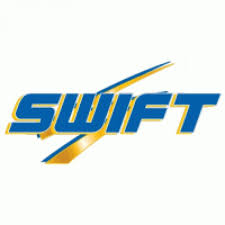 An investigation was announced for investors in NYSE:SWFT shares over potential securities laws violations by Swift Transportation in connection certain financial statements was announced.

Investors who purchased shares of Swift Transportation Co (NYSE:SWFT), have certain options and should contact the Shareholders Foundation at mail@shareholdersfoundation.com or call +1(858) 779 – 1554.

The investigation by a law firm focuses on possible claims on behalf of purchasers of the securities of Swift Transportation Co (NYSE:SWFT) concerning whether a series of statements by Swift Transportation regarding its business, its prospects and its operations were materially false and misleading at the time they were made.

Then on January 28, 2016, it was reported that Moyes pledged more than $600 million of his holdings in Swift Transportation as collateral for loans or loan-like contracts. According to the investigation this amount is more than the 10% limit on the amount of personal Swift Transportation holdings a director or senior officer may pledge, and the Board has repeatedly granted extensions for Moyes to meet this limit.

Those who purchased NYSE:SWFT shares have certain options and should contact the Shareholders Foundation.