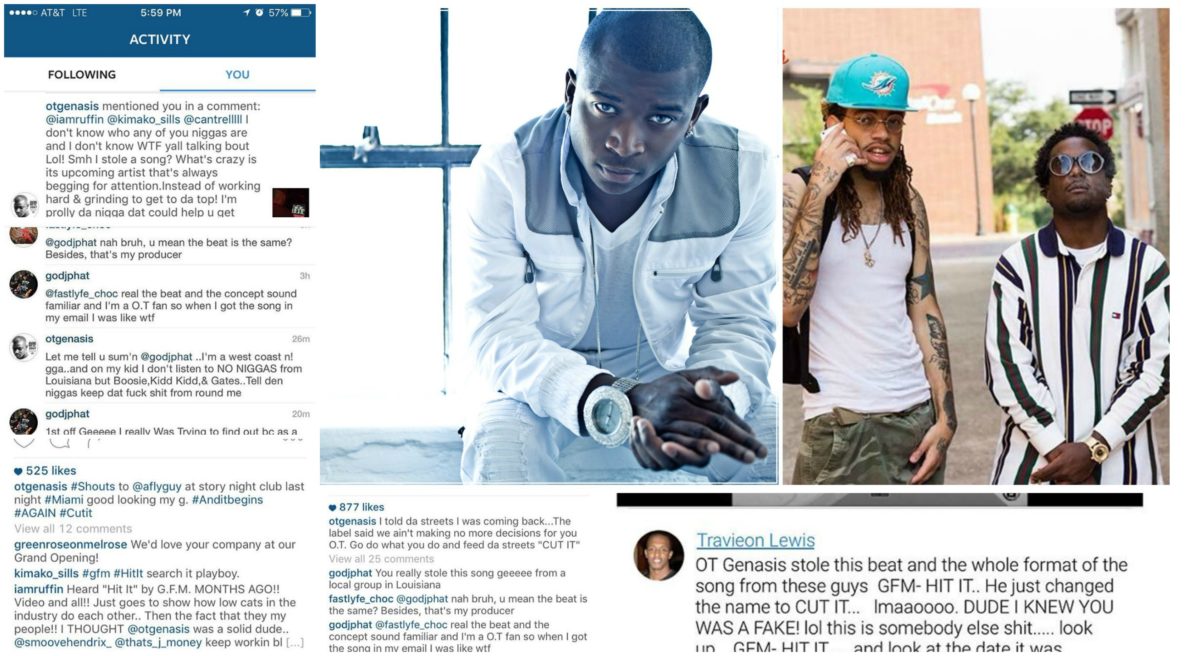 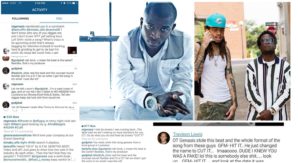 Odis Flores AKA O.T. Genasis, known for his breakout hit song “CoCo” may be borrowing ideas from other artists online to further his career. August 14th, 2015 a local Louisiana duo called “GFM” (Coty “Smoove” Barnett and Justin “J Money” Davis) uploaded a video on Youtube called “Hit It. Everything was fine until Genasis uploaded similar named audio track September 3rd coincidentially titled “Cut It”. The whole ordeal played out on Instagram after O.T was accused by several of his followers of stealing the idea for the song from “GFM”. O.T. even responded to the followers by stating “Great minds think alike” insinuating that maybe the two songs similarities were merely coincidence. O.T. no stranger to controversy over his creative influence, was accused earlier by Rapper and Vine star Vonmar, famous for his “Put Em in a coffin” skits, of stealing the beat for his hit song “CoCo”. In today’s over-commercialized music industry, a lot of rappers creative influence has come into question. Accusations of ghost writers and beat jacking have been going on since the “Sugar Hill Gang” first jacked the Cold Crush Brothers and put out “Rappers Delight. The whole Drake Meek Mill beef was started over accusations of Drake employing a ghost writer. Truthfully todays Hip Hop is churned out like fast food and rappers and hit songs come and go all the time. It seems to be the new trend in Hip Hop to “fake it til you make it” and steal what you can and the strong eats the weak. Fortunately in this day and age there’s social media and angry fans that find and confront wayward rap artists when they do something shady like borrowing a style, swagger jacking, and throwing shade on other smaller artists. There’s no doubt, that if social media was here in 1979, the Cold Crush Brothers would have gotten their just due. Either way whether O.T. is biting one thing’s for sure he’s doing it all the way to the bank. According to digitaldatabase.com O.T. Genasis has grossed over $645,000.00. That’s amazing for a person that may or may not have any originality. Whether his artistic creativity is real or not remains in question, but one thing’s for sure, if he is conducting shady business ripping off smaller artists there’s always social media to keep him in check. Christoff Esteban 2015

Check out GFM’s “Hit It”