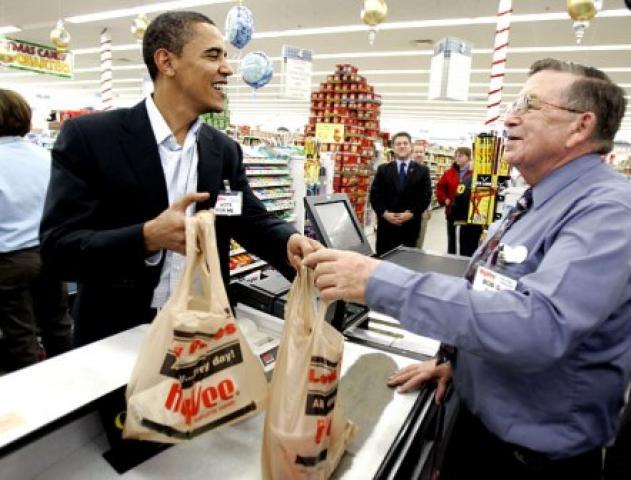 "Our work is well cut out for us," House Speaker Nancy Pelosi, D-Calif., said as she praised a "wonderful blueprint" from the administration that looks beyond reviving a weak economy and restoring order to the credit markets.

"I have serious concerns with this budget, which demands hardworking American families and job creators turn over more of their hard-earned money to the government to pay for unprecedented spending increases," said Sen. Mitch McConnell, R-Ky., the Senate Republican leader.

The same plan became grist for the 2010 congressional election campaign as well. 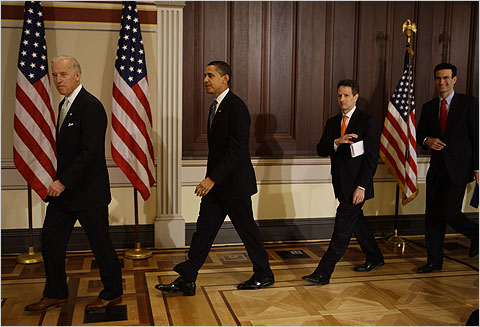 "The proposed budget released today doubles our national debt in seven years and puts our economy further at risk by raising taxes on the very small businesses that are desperate for help to hold onto workers," said Rob Portman, a budget director under President George W. Bush and now a candidate for the Senate from Ohio next year.

Democratic leaders, in control of both houses of Congress, have pledged to begin work promptly on translating Obama’s blueprint into legislation.

Senate Majority Leader Harry Reid, D-Nev., said earlier this week he hopes to have legislation ready for a vote within a month or so on an energy bill that includes steps to spur development of renewables and increase efficiency. A key element would be a national requirement for utilities to produce a certain percentage of their electricity from the wind, sun and biofuels, he added in an Associated Press interview.

In the House, Rep. Henry Waxman has pledged action this spring on a bill combining energy issues and climate change. "Global warming is one of my key priorities. I am committed to moving a comprehensive climate and energy bill in the committee before the Memorial Day recess," the California Democrat said.

A key element would be a so-called cap-and-trade system of limits and pollution allowances, especially for industries such as utilities with coal-burning power plants. The program would help reduce greenhouse gas emissions while generating revenue.

Health care legislation would come next, possibly by summer in the Senate. Nor has a decision yet been made about a timetable in the House, where Waxman’s committee will again play a pivotal role.

The White House has yet to name a replacement for former Senate Majority Leader Tom Daschle, who had been in line to be the administration’s point man on health care. He withdrew several weeks ago as candidate for secretary of the Health and Human Services Department. And Sen. Edward M. Kennedy, D-Mass., a dominant Democratic voice on health care, has been working from Florida while he recovers from surgery for a brain tumor.

Sen. Max Baucus, D-Mont., chairman of the Senate Finance Committee, has promised to make the legislation a top priority. He has outlined a plan that differs in some details from Obama’s. For example, it contemplates taxing some health insurance benefits to raise money for expanded coverage.

Pelosi told reporters during the day that majority Democrats will have a nonbinding budget blueprint ready for a vote next month, detailing targets for spending and taxes. Senate action would follow, and agreement on a compromise would clear the way for routine spending bills that Democrats will use to underscore differences between their priorities and those of the Republicans.

Among early examples, Obama wants to increase funding for cancer research and reduce it for a proposed nuclear waste site in Nevada, a facility the president opposed in his campaign for the White House.

His plans for health care calls for taking $175 billion over a decade from the fees the government pays insurance companies that cover more than 10 million people in private Medicare. The administration said in its budget plan the private plans cost 14 percent more than traditional Medicare, and as a candidate, Obama campaigned to eliminate the difference.

The administration also wants to cut federal payments to large farm operations, an issue that has proved controversial in the past.

Obama called for higher taxes on income and investment gains on individuals earning more than $200,000 and couples who make $250,000 and above, as well as on oil and natural gas companies.

Tax cuts would generally go to lower- and middle-income wage-earners, although the president proposed a permanent adjustment in the alternative minimum tax to avoid penalizing middle-class and upper middle-class taxpayers.

Peter Orszag, Obama’s budget director, said no taxes would go up until 2010, when the administration predicts the recession will be over.

But Republicans quickly criticized the plans.

"The era of big government is back and Democrats are asking you to pay for it," said Rep. John Boehner of Ohio, the House GOP leader. "The administration’s plan I think is a job killer, plain and simple. And it raises taxes on all Americans while we’re in the middle of a recession."