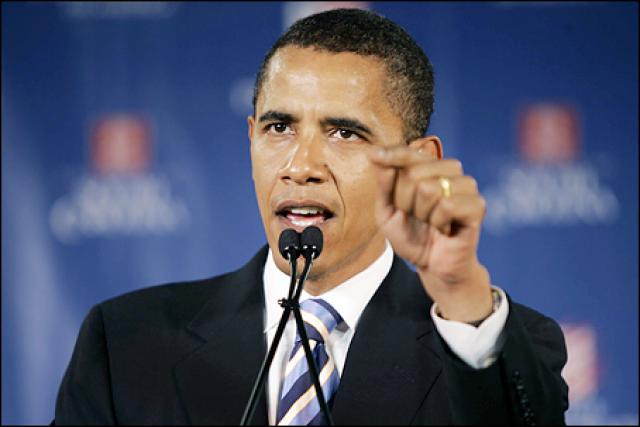 He is more popular than ever, Americans are hopeful about his leadership, and opposition Republicans are getting drubbed in public opinion, the new Wall Street Journal/NBC News poll suggests.

But there are also early warning signs showing risks if his plans don’t show progress. The president’s support, while deep at 60%, looks increasingly partisan as Republicans move away from him. Americans have more confidence in the president himself than in some of his initiatives, such as the economic stimulus package, and have some hesitation about his plans to raise taxes to expand health coverage.

"The American people trust him and like him," Rahm Emanuel, the White House chief of staff, said in an interview. "That’s how you make change possible, because it’s not threatening but accessible."

To that end, the president emphasizes the aspects of his program that are easiest to support. On energy, he focuses on the upsides of alternative energy and the need for efficiency, glossing over the impact of punishing polluters. On health care, he focuses on the need to reduce the cost of care, with the need to help the uninsured always mentioned second.

House Minority Leader John Boehner (R., Ohio) predicted that Mr. Obama will have trouble moving his agenda. "Everyone knows that the president remains popular, but let’s be honest: The solutions Democrats are pushing are not," he said in a statement.

The poll found a sharp jump in the proportion of Americans who say the nation is "generally headed in the right direction" since Mr. Obama’s January inauguration, a period when economic indicators and financial markets have suggested the opposite. The survey shows that 41% of Americans say the country is headed in the right direction, up dramatically from 26% in mid-January, before Mr. Obama took office, and up from 12% before the election.

The number who say the country is on the "wrong track" is still higher at 44%, but given the economic conditions, pollsters expected it to be much higher.