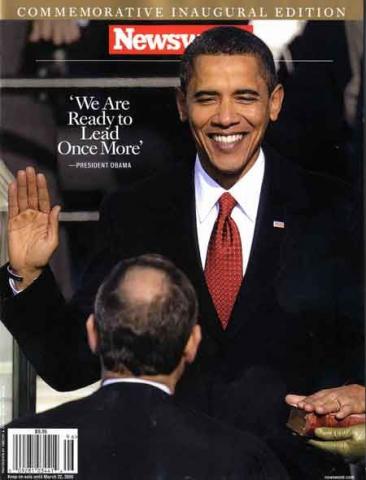 WASHINGTON  – The Obama administration is asking the Supreme Court to overrule long-standing law that stops police from initiating questions unless a defendant’s lawyer is present, another stark example of the White House seeking to limit rather than expand rights.

The administration’s action – and several others – have disappointed civil rights and civil liberties groups that expected president Barack Obama to reverse the policies of his Republican predecessor, George W. Bush, after the Democrat’s call for change during the 2008 campaign.

Since taking office, Obama has drawn criticism for backing the continued imprisonment of enemy combatants in Afghanistan without trial, invoking the "state secrets" privilege to avoid releasing information in lawsuits and limiting the rights of prisoners to test genetic evidence used to convict them.

The case at issue is Michigan v. Jackson, in which the Supreme Court said in 1986 that police may not initiate questioning of a defendant who has a lawyer or has asked for one, unless the attorney is present. The decision applies even to defendants who agree to talk to the authorities without their lawyers.

Anything police learn through such questioning cannot be used against the defendant at trial. The opinion was written by Justice John Paul Stevens, the only current justice who was on the court at the time.

The justices could decide as early as Friday whether they want to hear arguments on the issue as they wrestle with an ongoing case from Louisiana that involves police questioning of an indigent defendant that led to a murder confession and a death sentence.

The Justice Department, in a brief signed by Solicitor General Elena Kagan, said the 1986 decision "serves no real purpose" and offers only "meager benefits." The government said defendants who don’t wish to talk to police don’t have to and that officers must respect that decision. But it said there is no reason a defendant who wants to should not be able to respond to officers’ questions.

At the same time, the administration acknowledges that the decision "only occasionally prevents federal prosecutors from obtaining appropriate convictions."

The administration’s legal move is a reminder that Obama, who has moved from campaigning to governing, now speaks for federal prosecutors.

The administration’s position assumes a level playing field, with equally savvy police and criminal suspects, lawyers on the other side of the case said. But the protection offered by the court in Stevens’ 1986 opinion is especially important for vulnerable defendants, including the mentally and developmentally disabled, addicts, juveniles and the poor, the lawyers said.

"Your right to assistance of counsel can be undermined if somebody on the other side who is much more sophisticated than you are comes and talks to you and asks for information," said Sidney Rosdeitcher, a New York lawyer who advises the Brennan Center for Justice at New York University.

Stephen B. Bright, a lawyer who works with poor defendants at the Southern Center for Human Rights in Atlanta, said the administration’s position "is disappointing, no question."

Bright said that poor defendants’ constitutional right to a lawyer, spelled out by the high court in 1965, has been neglected in recent years. "I would hope that this administration would be doing things to shore up the right to counsel for poor people accused of crimes," said Bright, whose group joined with the Brennan Center and other rights organizations in a court filing opposing the administration’s position.

Former Deputy Attorney General Larry Thompson and former FBI Director William Sessions are among 19 one-time judges and prosecutors urging the court to leave the decision in place because it has been incorporated into routine police practice and establishes a rule on interrogations that is easy to follow.

Eleven states also are echoing the administration’s call to overrule the 1986 case.

Justice Samuel Alito first raised the prospect of overruling the decision at arguments in January over the rights of Jesse Montejo, the Louisiana death row inmate.

Montejo’s lawyer, Donald Verrilli, urged the court not to do it. Since then, Verrilli has joined the Justice Department, but played no role in the department’s brief.