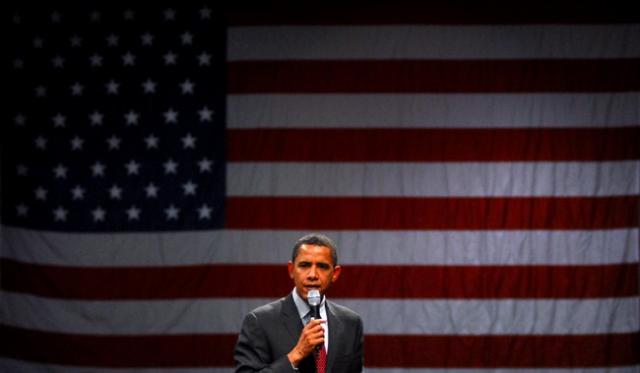 With the economy on everyone’s minds, Sen. Barack Obama has released a new radio ad drawing a clear contrast between him and his opponent on jobs.

The ad (which you can listen to here) points to Sen. John McCain’s record of opposing rules to ensure that the federal government supports companies that create good jobs here.

The Obama campaign is airing the ad in states, like and , where Harley-Davidson motorcycles are manufactured. McCain is campaigning in those states this week—and pointedly avoided a campaign visit to the Harley-Davidson plant in , because those Buy American provisions would have required the government to purchase American-made motorcycles.

Harley-Davidson has a record of providing good manufacturing jobs. In 2005, American Rights at Work presented Harley-Davidson with their Eleanor Roosevelt Human Rights Award to recognize the company’s success in working with employees and their unions to produce good products at facilities across .

The nonpartisan PolitiFact confirms that McCain is opposed to “Buy American” requirements and specifically spoke out against such a rule for motorcycles in 2005.

McCain has repeatedly voted and spoken against requiring the government to buy American-made products.

As we’ve noted, McCain has supported the outsourcing of jobs. His campaign is staffed and funded by corporate lobbyists, including Rick Davis, the lobbyist whose DHL deal could result in thousands of lost jobs in Ohio, and Randy Altschuler, an outsourcing guru who advises companies on how to ship jobs overseas.

McCain’s record on trade and jobs reflects an agenda aimed at multinational corporations and the high-priced lobbyists who represent them, not the workers with whom a strong economy must be built. McCain married into millions and has spent 26 years in Congress, putting him further and further out of touch with the economic conditions ’s workers face.

Obama offers a pro-worker agenda that would protect ’s workers and create new jobs in energy, infrastructure and more. His economic plans will stimulate the economy by putting money into the hands of the working families who need it most. And he’ll fight for fair trade, not bad trade deals that don’t protect workers and tax cuts for companies that send jobs overseas.

With prices rising, wages stagnant and jobs declining, we need political leaders who will fight to protect good jobs. Obama’s record shows he’s serious about making sure the economy works for working families.

Paid for by the AFL-CIO Committee on Political Education Political Contributions Committee, www.aflcio.org, and not authorized by any candidate or candidate’s committee.