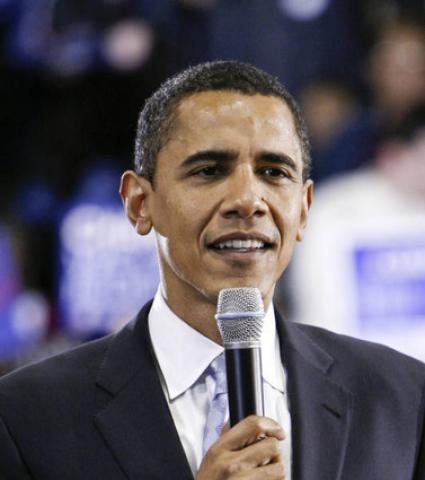 Mr. Obama announced the formation of a new entity, the Presidential Economic Recovery Advisory Board, to provide advice and oversight of his economic recovery plan by persons outside of government.  The Board will be populated by experts from the business, labor, academic and other fields to make sure that the President is getting advice from all sides and all viewpoints and there are challenges to assumptions about economic policy.

The President-Elect also announced two more appointments:  Paul Volcker as Chair of the newly formed board and Austan Goolsbee as Staff Director and Chief Economist.  Mr. Volcker is a former Federal Reserve Chairman under Presidents Carter and Reagan.  Mr. Goolsbee has been a Professor of Economics at the University of Chicago since 1995 and has been an economics advisor to Mr. Obama since 2004.

In questions, Mr. Obama expressed frustration with 8 years of lower incomes for middle class families, loss of health insurance, difficulty of people being able to attend college, and decades old issues that have not been addressed.  He would like to deal with the "incapacity of Washington to take bold, clear, decisive steps" to deal with those issues.  He stated that he was elected to make sure that the American Dream "is alive" in the future.

In a lighter moment, the President-Elect talked about Christmas shopping over the Thanksgiving holiday weekend and told reporters that his two daughters, Malia (10) and Sasha (7) have already made their lists for Santa.  However, he also expressed empathy for families whose holiday budgets will be tighter than ever this year.  "Help is on the way," Mr. Obama promised.

Mr. Obama also reiterated that policy "comes from me."  Those tapped to help him implement policy will be taking their cues from him, not from past experience under other Presidents.

It has become increasingly clear in recent months that we are facing an economic crisis of historic proportions. At this defining moment for our nation, the old ways of thinking and acting just won’t do. We are called to seek fresh thinking and bold new ideas from the leading minds across America. And as we chart a course to economic recovery, we must ensure that our government – your government – is held accountable for delivering results.

Today, I’m pleased to announce the formation of a new institution to help our economic team accomplish these goals: the President’s Economic Recovery Advisory Board. This Board is modeled on the President’s Foreign Intelligence Advisory Board created by President Eisenhower to provide rigorous analysis and vigorous oversight of our intelligence community by individuals outside of government – individuals who would be candid and unsparing in their assessment. This new board will perform a similar function for my Administration as we formulate our economic policy.

The Board will be composed of distinguished individuals from diverse backgrounds outside of government – from business, labor, academia and other areas – who will bring to bear their wisdom and expertise on the formulation, implementation and evaluation of my Administration’s economic recovery plan. The Board will report regularly to me, Vice President-Elect Biden and our economic team as we seek to jump-start economic growth, create jobs, raise wages, address our housing crisis and stabilize our financial markets.

The reality is that sometimes policymaking in Washington can become too insular. The walls of the echo chamber can sometimes keep out fresh voices and new ways of thinking – and those who serve in Washington don’t always have a ground-level sense of which programs and policies are working for people, and which aren’t. This board will provide that perspective to me and my Administration, with an infusion of ideas from across the country and from all sectors of our economy – input that will be informed by members’ first-hand observations of how our efforts are impacting the daily lives of our families.

I’m pleased to announce that this Board will be chaired by one of the world’s foremost economic policy experts, a former Chairman of the Federal Reserve, and one of my most trusted advisors, Paul Volcker.

Paul has been by my side throughout this campaign, providing a deep understanding of financial markets, extensive experience managing economic crises, and keen insight into the global nature of this particular crisis. Paul has served under both Republicans and Democrats and is held in the highest esteem for his sound and independent judgment. He has a long and distinguished record of service to our nation, and I am pleased that he has answered the call to serve once again.

I am also happy to announce that Austan Goolsbee, another one of my key economic advisors, has agreed to serve as Staff Director and Chief Economist of the Economic Recovery Advisory Board and act as the primary liaison between the Board and the Administration. I also plan to nominate Austan to serve as one of the three members of my Council of Economic Advisers.

Austan is one of America’s most promising economic minds, known for his path-breaking work on tax policy and industrial organization. He is one of the economic thinkers who has most shaped my own thinking on economic matters, and I look forward to continuing our close collaboration in the White House.

I plan to announce the remaining members of the Economic Recovery Advisory Board in the coming weeks, and I look forward to their contributions to our urgent work to rebuild our economy and restore prosperity across America.

Thank you, and I’m now happy to take questions.