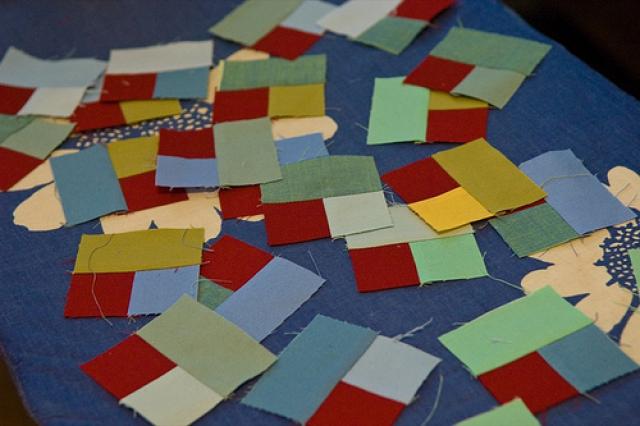 Listening to Obama’s speech on Race in America today took me back to a time of my childhood. As he spoke of the environment in which his Pastor came into manhood, I started to replace his influential people with my own.

I remembered my Grandmother and how loving and kind she was. How many people in our old Virginian neighborhood would come to her in the evening after a hard day’s work, just to have her work sore muscles loose in hands and shoulders. My Grandmother and her friends would gather on those evenings and mend clothes, collecting the pieces of discarded fabric and later collectively sewing them into a quilt. They watched over each others work, and in the end the product they produced was priceless.

So here I stand again, watching America gather its collective pieces of fabric. Are we as a nation prepared to commit to the task at hand? Can we work together like the matriarchs of our past, watch over each other, and collectively mend this nation?

I’m a realist and I deal in numbers daily. I’ve sent most of my adult life in service to protecting America. I see the threats outside and within our nation. Yet, there is a part of me that is still based in faith, hope, and dreams. And it is that part of me that Obama speaks to, that part of me that understands and sees the potential in him and the possibility of what we can become.

Obama is a crystal clear vessel in which many have poured in their hopes and dreams. We are vested in him now and have come too far to not see this thing through. He has reignited the movement of equality and America’s chance to lead with the strength of kindness. By faith or by chance, we are a world leader and collectively, the world is waiting to see which direction we will take.

Filed under: Opinion, Politics
Share Tweet Pin G Plus Email
previous article: In Regards To Tibet’s Violent Protests, 105 People Turn Themselves In
next article: Philippine Military Should Rethink its Mandate