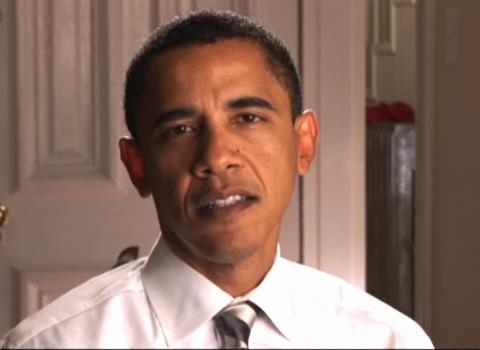 Barack Obama said on video today that as he moves forward with the 2008 political race, he will need the help of his supporters–online.

While he did not officially confirm a presidential run, Obama said in the video, "I’m excited about the possibilities of this campaign." The statement suggests that tomorrow, on February 10th at 10:55 AM Eastern time, Illinois Senator Obama will announce his run for the presidency.

His expected announcement will hardly be a suprise, but his strategy is a novel one. Obama spent half the video describing new website features that will enable supporters to take part in his 2008 campaign. Obama’s campaign site, BarackObama.com, will facilitate social networking, blogging, even campaign micro-donations. Such tools are commonly characterized as "Web 2.0," indicating the latest evolution in internet functionality.

It seems BarackObama.com will resemble a politically charged form of MySpace, the massively popular social networking site. "The website’s going to be set up so that you can build your own profile, form your own groups, plan your own events," Obama explained. He added that the site is "also going to give you a chance to chronicle your campaign experience on your own blog."

And supporter participation will go beyond the social. Obama said his site will help people, "take campaign fundraising into [their] own hands, so that we can collect small donations instead of having to rely on large campaign contributions." The move might be a means for Obama to go up against Democratic primary contender Hillary Clinton, whose war chest is famously well stocked. It also comes days after Obama’s proposal on Wednesday that the two major party candidates agree to a voluntary campaign spending cap. Leading candidates in both parties have suggested that they will not be using public funds, removing fundraising and spending limits.

From his use of technology to his suggestion of a self-imposed spending limit, Obama’s campaigning approach marks a major departure from tradition. No other candidates have indicated that they will be introducing comparable online campaigning tools. In response to Obama’s spending cap proposal, spokesmen for Edwards and McCain roundly rejected the idea. "That sounds a little optimistic to us," said Edwards spokeswoman Jennifer Palmieri.

Filed under: Politics
Share Tweet Pin G Plus Email
previous article: The 2007 PLUG Awards
next article: OBAMA: THE DAWN OF A NEW ERA