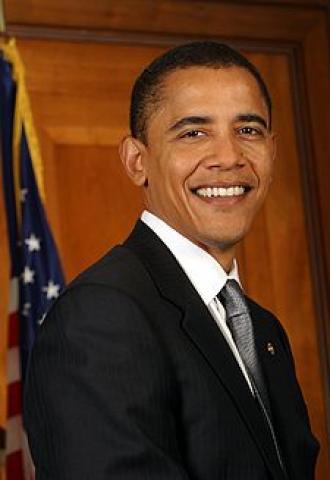 In his first working day in office, President Obama issued an order freezing the salaries of White House aides to no more than $100 thousand dollars a year along with his order for new limits on lobbyist in the White House.

Yahoo News: Announcing the moves while attending a ceremony in the Eisenhower Executive Office Building to swear in his staff, Obama said the steps ‘represent a clean break from business as usual’

‘The pay freeze, first reported by Associated Press, would hold salaries at their current levels for the roughly White House 100 employees who make over $100,000 a year. ‘Families are tightening their belts, and so should Washington’, said the new president, taking office amid startlingly bad economic times that many fear will grow worse.

‘Those affected by the freeze include the high profile jobs of White House Chief of Staff, national security adviser and press secretary. Other aides who work in relative anonymity would also fit into that cap if Obama follows a structure similar to the one George W. Bush set up.

On the issue of lobbying, aides that have been previously hired will be banned from trying to influence the administration on matters that they have already lobbied on. The ban also applies to lobbyist from giving gifts to any member of the administration.

‘The new rules on lobbing alone, no matter how tough, are not enough to fix a broken system in Washington, he said. That is why I am also setting rules that govern not just lobbyists but all those who have been selected to serve in my administration’.

President Obama has indeed set the tone in the way the government will function in the next four years of his administration, saying that these measures mark the beginning of a new era of openness in the country.

‘And I will, I hope, to do something to make the government trustworthy in the eyes of the American people, in the days and weeks, months and years to come.