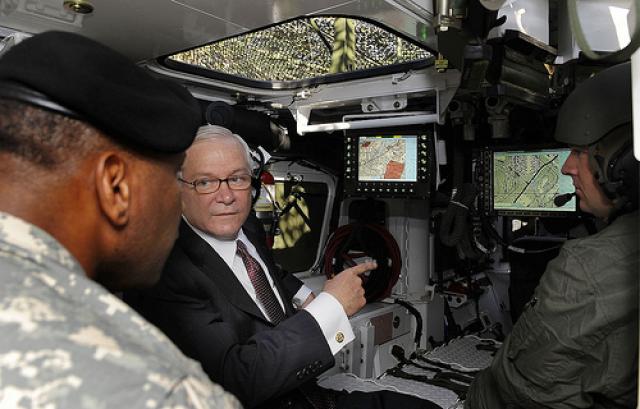 It is official, according to an official, of course, that United States Democratic-elect Barack Obama has asked Robert Gates to remain at the Pentagon as the United States Secretary of Defense.

Gates was appointed back in late-2006 by current United States President George W. Bush, whose term officially ends on January 20, 2009. He will hand the baton of the US Presidency to Obama. Gates had taken up the role when Donald Rumsfeld resigned from the post.

Also, Gates seemed to be surprised of the notion of being asked to remain as Secretary of Defense.

So far it would seem that it may be in Obama’s best interests to keep Gates on board. Plus, Gates has long standing relationships to GOP administrations. This could help Obama bring Republicans and Democrats together.

However, Gates has not said anything in response.

Overall, an official has said that Obama has asked Gates to stay on. However, it is unknown whether or not Gates will say yes.