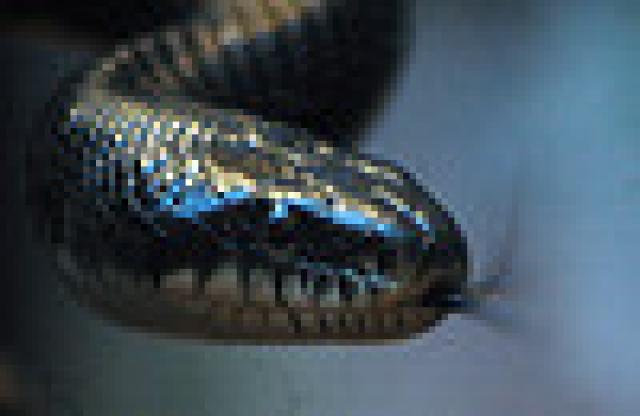 For Any And All Conserve-ative Americans:

In listening to Barack Obama’s Western "Sell ObamaCare" tour, as a child of the 1950’s and 1960’s, the only impression that I had to a small fraction of his hard sell spiel in the various Western states on this ludicrous legislation in its current form is to that of the old Al Wilson song, "The Snake" ("Take me in, tender woman….take me in for goodness sake").

Since the lyrics are copyrighted but are on the internet for "educational purposes," I’ll leave it to the reader to do that research on their own.

The most egregious portion of this legislation actually is one that has not been brought up in any significant manner whatsoever during the public townhalls that Congressional members have been conducting across the nation in order to also propagandize the entire unconstitutional focus of this legislation and Washington power move. Many at churches in order to attempt to control this debate and public outrage over another enforced taxation "without the consent of the governed," actually under our Bill of Rights protection included by the founders for the people to protect against just such federal overstep.

And according to the 9th Amendment, would appear to undertake such an action at all would take a formal amendment of the Constitution, with the "consent of the governed," given voice and vote as not at all within the parameters of Washington’s enumerated powers even in light of the abridgements which resulted in both Franklin’s New Deal with respect to Social Security, and many other power moves since then in violation of it.

Social Security, after all, was originally presented to the public as a "temporary" measure due to World War II, and also was to provide for orphans, widows, children and the affirmed most of all from that war.  And ease this country back also from the stock market crash and depression which preceded it after World War I.

And there were at that time lids on eligibility as understanding that those that had profited then from those wars, should help pay the costs in both blood and treasure that were the result as a Godly nation.  Of course, those wars too were manipulated for bank profits also most of all and debts from World War I actually also lead to World War II.

Right now there does exist in all 50 states already catastrophic coverage for all citizens who are either unable to afford private health care coverage, or are uninsurable for any reason. So in effect all this is really is another method in order to centralize more and more power in Washington, and less and less local accountability to state citizens in the process and gain more revenue for the states for discretionary purposes – along with the corporate entities that will also profit.

Within the stimulus and tied into this legislation is the establishment of a National Health Care Database using Bill Gate’s technology and college grant monies to students in order to input all Americans health records into a "Big Brother" database.

If you think straightening out your credit report is next to impossible when it is inaccurate or there has been any "identity theft," just imagine the potential for error or mistaken identity on a national database of your personal medical information. Or that such a database in the future could be used against you for future unrelated reasons.

You think this is Obama’s definition of "scare tactics?"

If history serves and never more so than in recent history, the "rights" of the public and citizens under our Bill of Rights is not at all recognized by either the legislative officials at federal or state levels even, nor the judiciary. Rather, the new buzzwords in order to deny or disparage those rights have been "in the interests of public safety" or "state interests."

In other words, the "corporate" not "individual" rights at all.

Just imagine how those corporate lobbyists will eventually gain access to those records under progressive legislation in order to deny employment to those with chronic (although not work related) health conditions such as AIDs, HIV, asthma, heart murmur, previous cancer treatments, addiction counseling, etc.

Just imagine how lawyers special interest groups, one of the most active group of lobbyists bar none for their welfare, can then also eventually gain access to those records without warrants or subpoenas for civil or criminal actions.

Just where is the supposed largest "civil rights" organization, the ACLU right now?  Probably helping the lawyers write this 1,000 bill for their eventual "corporate" welfare.

I wonder how much the taxpayers costs will increase now also in order to handle all these potential civil rights abridgement cases once that behemoth database and its bugs start to rear their ugly head in denied coverages, loss of life, unlawful access, etc.

Those costs are nowhere in the economic projections that I can determine.

What Mr. Obama is clearly asking is the American people to deny history.

What happened when so many Americans were the victims of the abusive practices of the IRS in their out of control pursuit of Americans for past due taxes, even for sums that were not taxes at all but simply agency determined interest or penalties?

Washington merely created another "agency" called the Taxpayer Advocacy Office that is nothing more than another branch of the federal government and also a benefactor of tax collection. It did not provide adequate oversight or regulation of the IRS in any manner whatsoever, even though there is much debate to this day about the 16th Amendment and how it was ratified "without the consent of the governed" for taxation of the people’s income and diametrically opposed to the founder’s intent for taxation in this nation.

Skirting around in providing that these extra taxes would be technically indirect taxation through corporate employers doesn’t erase the inherent Constitutional violation such legislation entails.  It is not within the original parameters of the Constitution, and is a seizure of wages (property) for governmental purposes most of all at its most basic level transferring the fruits of their labor back to Washington’s "sovereign" governmental contractors and "approved" providers.

And violative of the Bill of Rights on so many levels, with respect to even religious provisions for many, not to mention "search and seizure" of personal and private records by federal personnel without any recourse for misuse or access with respect to that federal database.

What did Washington do after all the complaints of citizens on the practices of collection agencies and the credit reporting bureaus in their unregulated practices?

Simply provide legislation that allows citizens to file a two sentence "dispute" of items contained in the report, which are sent to the reporting agency for their "version," which for all intents and purposes was no solution at all. Especially against the agencies which rebundled debts and continued to attempt to collect even on satisfied principal balances attempting to then gain more sums each time those debts were resold for their own profit.

Obama is attempting to actually reassure a younger generation that does not remember that Washington’s word with respect to legislation such as ObamaCare and a host of others has been about as trustworthy as The Snake’s.

Case in point: the foreclosure "rescue" which already has proved it was more for the banks and lenders, than the defrauded homeowners who are being stalled while collecting all those bogus fees included in those contracts and even more for the services of mortgage advisors and "new" appraisals, prior to carrying out those eventual foreclosures in order for the banks and realtors to get most of those properties on the cheap in order to flip for their profits.

Most likely to the "new" Americans they intent to again force through and legalize who don’t speak English and won’t understand those 50 page usurous loan documents just as those that spoke fluent English could not due to the legalese and industry protections and profits which were hidden in the fine print and really the fundamental basis of those loans.

So next time the Snake charmers come to your town, or Mr. Obama makes another of his folksy speeches, or your Congressional misrepresentative, our younger generation might remember the addage that was the battle call of their parents generation upon which Mr. Wilson’s song actually was based and had political ramifications for many.

Don’t trust anyone over 35 was intended to relate mostly to the political tools in Washington during Viet Nam and that Constitutonal violaton.  Or any politician that uses scare and terrorism tactics themselves in order to forment their political agendas.

The history in this country which has brought us to where we are now with respect to health care provision, is like the story of The Snake, and proves that "power corrupts, and absolute power corrupts absolutely."

It has been "progressive" power moves and Constitutional violations that have created this "crisis," after all.  Since World War II, actually and before.