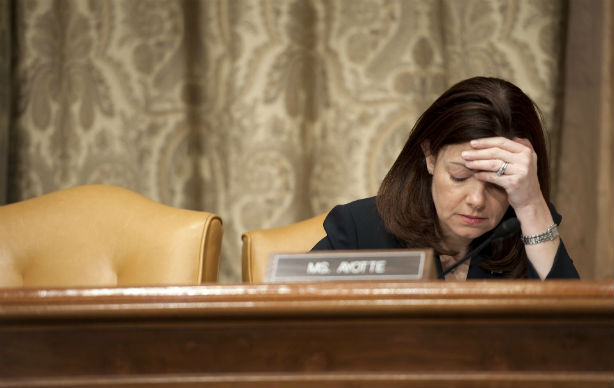 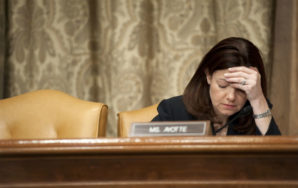 “Most tragically, we now know that the law was sold to the American people under false pretenses. The President said: “If you like your insurance plan, you will keep it”, said Senator Ayotte.

On November 6, 2013 Senator Kelly Ayotte of New Hampshire asked for permission to address the United States Senate for a few minutes regarding Obamacare.

“Madam President, I rise to talk about the impact ObamaCare is having on the people of my State, the State of New Hampshire. It has been over 1 month since the health care exchanges opened, and in that short time we have already seen so many problems with ObamaCare. Frankly, it is a mess.”

The failure of healthcare.gov is a travesty that has revealed deeply troubling incompetence in terms of implementing a Web site that people can use and have access to and is secure and protects their private information. Frankly, we are in a position where the Web site is merely the canary in the coal mine. The flaws in this law are much deeper than the Web site. Even former supporters of ObamaCare are telling me it is not working. I am hearing from my constituents about this, and frankly I feel very badly for them because so much of what is happening to them is as a result of how the law was drafted years ago”, she said.

“For example, I heard from Maryanne in Lisbon, NH. She said: We hope this would be a solution. But instead it will be more of a financial drain.”

“The American people are the ones who are paying the price right now. They are getting cancellation notices, seeing their premiums go up, and losing their doctors. Workers are suffering. Many of them have seen their hours cut to 29 hours because of an arbitrary mandate defining full-time workers as those who work 30 hours a week. Others are fearful they will lose their employer-sponsored coverage altogether. Business owners remain reluctant to expand–worried they will trigger the looming penalties from ObamaCare. Most tragically, we now know that the law was sold to the American people under false pretenses. The President said: “If you like your insurance plan, you will keep it” said Senator Ayotte (source: Congressional Record http://thomas.loc.gov).