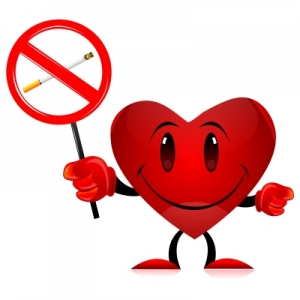 The use of Tobacco is the major reason of a critical illness like Cancer and death subsequently. Every day, more than 3200 people start smoking and 2100 adults become smokers daily. In 2011, 19% adults in the United States were cigarette smokers while the numbers are haunting in the developing economy. According to 2010 GATS survey, 34.6% of adults in India are addicted to smoking, instead of the fact that there are only a few health insurance providers offering coverage for the same.

The Affordable Care Act focuses on providing affordable and improvedquality healthcare solutionsto a significantly large number of Americans, thereby trimming down the costs of health insurance and regulating the whole health care industry. This law combines numerous provisions that address various facets of the healthcare crisis in the United States.ObamaCare is an improved version of this law that elaborates and improvesaccess to care, and curbs expenses via taxes and regulations.

Health insurance policies have certain points of coverage, which apply on the basis of present health scenario of an individual. Even though insurers don’t make considerable changes in the policy documents to meet an individual’s health status, they generally charge up to 50 percent more from a smoker individual. On the contrary, one can benefit from ObamaCare’s free cessation therapy for smokers on all non-grandfathered plans that were sold before September 23, 2010.Those who are willing to save significantly on the premiums of health insurance can now calculate the actual cost of being smokers.

Being a bit too much procedural, health care has a little focus on improvement of a long-term health of an individual. Below are a few points that you must know aboutObamaCare if you’re a smoker individual:

Both non-grandfathered group and individual policies of health insurance have to include cessation therapy for smokers at no additional or shared cost from September 23, 2010. More precisely, the coverage should be there for all evidence-based services or products that are rated A or B as recommended by the USPSTF or United States Preventive Services Task Force.2014 onwards, the coverage for cessation therapy has been included in all health plans, namely essential health benefit.

Ever since ObamaCare marked cessation therapy for smokers mandatory for health insurance policies, all plans have started offering the same as a free preventive. Each plan sold 2014 onwards offers smoking cessation therapy as part of health benefits.The term ‘benefits’ refers to the treatments arising out of various categories that are quite essential to the health of an individual, including mental health services and addiction treatment. Typically, thiscategory of essential therapies offersmedication one needs in order to quit smoking.

One of such essential benefits is cost sharing while cessation therapy for smokers is a free preventive service. Also, this service is not eligible for cost sharing in particular.

The brand names as well as the generic drug components likeInhalers, drugs like Chantix, and Gum like Nicorette included in Tobacco Cessation Medication.

Health insurance premiums for a smoker individual are higher as compared to those for someone who does not smoke. Considering smoking a pre-existing condition, health insurance policies could deny coverage to the smoker individuals before Affordable Care Act. ObamaCare ensures coverage for both smokers and non-smokers, which requires smokers pay up to 50 percent higher premium.

Filed under: Business, Financial Markets
Share Tweet Pin G Plus Email
previous article: How to take Duromine for Better Results
next article: How to Get the Ultimate Productive Boost You Are Looking For?