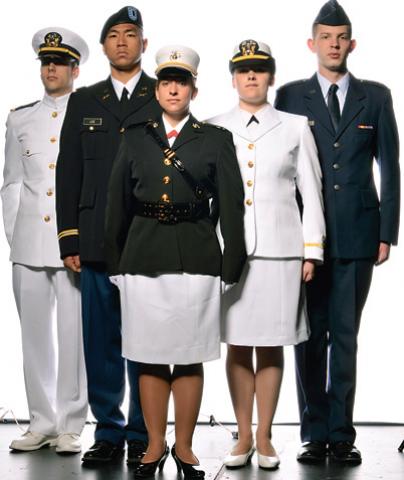 Some might recall the story, reported in early December, on the Columbia University memo to foreign policy students interested in working for the State Department. The memo instructed students to avoid writing or talking about information derived from the WikiLeaks releases. At the time, the government shrugged off the memo and articles as merely a leak by an unnamed source. However, yesterday, Dr. Stephan Zunes, a professor of politics and coordinator of Middle Eastern Studies at the University of San Francisco, in an

in the Mercury News, reignited the controversy of the government attempt to censor WikiLeaks material, and more broadly academic freedom, within the ranks of the U.S. Army ROTC program.

According to Dr. Zunes, a “Dec. 8 memo from Col. Charles M. Evans, commanding officer of the 8th Brigade, U.S. Army Cadet Command, "using the classified information found on WikiLeaks for research papers, presentations, etc. is prohibited." A follow-up memo from the cadet commander at the University of San Francisco advised against even talking about it, precluding ROTC students from taking part in classroom discussions regarding WikiLeaks material.”

Remember the Columbia University memo to their students read:

“We received a call today from a SIPA alumnus who is working at the State Department. He asked us to pass along the following information to anyone who will be applying for jobs in the federal government, since all would require a background investigation and in some instances a security clearance.

The documents released during the past few months through Wikileaks are still considered classified documents. He recommends that you DO NOT post links to these documents nor make comments on social media sites such as Facebook or through Twitter. Engaging in these activities would call into question your ability to deal with confidential information, which is part of most positions with the federal government.

This morning I called Steve Arel at the U.S. Army Cadet Command office of public affairs and asked him about Professor Zunes’ article and ROTC policy regarding the WikiLeaks material. He told me ROTC students are under the same set of orders as regular military personal. Arel paraphrased parts of Executive-Order 13526 as the bases for prohibiting ROTC cadets from talking about WikiLeaks information.  Specifically, Arel points out “Classified information shall not be declassified automatically as a result of any unauthorized disclosure of identical or similar information.”

This means, under penalty of law, ROTC students shall not openly talk about the still “classified” information that is openly in the news.  As a result, Zunes states:

“Those of us teaching courses in such fields as constitutional law, U.S. foreign policy, Middle Eastern politics and media studies are considering using WikiLeaks material in the coming semester. This means that if any of us were to give such an assignment, ROTC students would be forced to choose between not completing it or putting their careers in jeopardy.”

After reading Zunes’ article, Steve Arel called me back and told me it was “Just one professor’s opinion.” I asked Arel, is there anything in Zunes’ piece that he disagreed with? He would not comment. I then asked Arel, “Would Journalist and political scientist students chances of getting into the ROTC or having a military career be hampered if their teachers assigned them work related to the WikiLeaks material? Arel told me that he would have to get back to me later today. I’m still waiting for a response.

Nonetheless, Dr. Zunes article states: “The University of San Francisco administration appears to be taking this threat against academic freedom seriously and has asked for clarifications from ROTC commanders and others in the federal government. Thus far, however, nothing has been forthcoming.

There are plenty of thoughtful and diverse opinions at the University of San Francisco and elsewhere regarding the legality, ethics and wisdom of releasing classified material via WikiLeaks. Since the material is now in the public domain, however, the U.S. military has no right to dictate how it might be used in the classroom. Indeed, this kind of interference has no place in a democracy.”

After talking with Arel, I went to the White House website and read Executive-Order 13526. Certainly, I’m not a lawyer, however, section 1.7. Classification Prohibitions and Limitations states:

“(a)  In no case shall information be classified, continue to be maintained as classified, or fail to be declassified in order to: (1)  conceal violations of law, inefficiency, or administrative error; (2)  prevent embarrassment to a person, organization, or agency;(3)  restrain competition; or (4)  prevent or delay the release of information that does not require protection in the interest of the national security.”

WikiLeaks is known is a whistleblower website. Most experts from both sides of the debate agree WikiLeaks documents release has primarily caused little to no harm to the U.S. government, other than high level embarrassment. Zunes points out that the information is now widely public thanks to the U.S. Army making its information available to a private in the U.S. Army. And now, everyone in the world has access to and is free to comment on this high level embarrassing news, except those students who aspire to work for and serve the U.S. government.

As a student writer, I had to ask the U.S. Army Cadet Command if reading and writing about the highly publicized WikiLeaks documents jeopardized a student’s chance to work for the government, and specifically enlist in the ROTC. I’m still waiting for a response. However, I can’t imagine the Army saying any more to me than they already have. After all, only President Obama, the Commander and Chief, can write executive orders. And only Obama can correct the gaping Executive-Order 13526 mistake.

Filed under: Opinion, Politics
Share Tweet Pin G Plus Email
previous article: NFL: 2011 PRO BOWL -WHAT TO LOOK FOR-QB’S VICK-RIVERS START
next article: Ibiza Hotels – Satisfying for Families, Couples and Groups as each have a right to enjoy