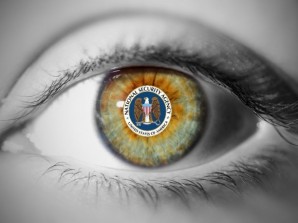 Acknowledging global and domestic criticism of the NSA’s spying activities triggered by Edward Snowden’s revelations, US President Barack Obama in his address Thursday made an effort to rein in the Orwellian outreach of the surveillance program.

Did Obama’s NSA speech say enough to assure Americans and the world that the NSA’s powers will be curtailed and efforts will be made to strengthen the right to privacy?

Obama’s address demonstrated limited changes to surveillance policies, although he reassured US citizens and foreigners alike that the US from now on will acknowledge privacy concerns and will not spy on heads of states and US allies.

But the changed rules come with a caveat: The NSA and allied agencies will continue to watch over the intentions of other governments, and will not apologize simply because US spy services are more effective, Obama said.

One of the most significant changes relates to the overhaul of a bulk data program that sweeps up millions of telephone records. Henceforth, intelligence agencies could gain access to the existing database only in an emergency or with a court order.

Obama proposed that the NSA-collected bulk data be transferred to an entity outside the government, possibly with telecommunication firms themselves or with a third party.

But the decision not to end bulk collection and retain of all citizens’ data raises further questions about the US government’s intentions to strike a balance between liberty and security.

Moreover, Obama’s address shows that he has selectively ignored some of the significant elements of intrusive surveillance by the NSA and left the implementation of many of the changes up to Congress and the intelligence agencies themselves.

One of the most significant loopholes in Obama’s address is the absence of reforms that require prior judicial review of national security letters, especially used by the FBI to gather information from entities without court approval.

Further, Obama made no mention of NSA’s efforts to weaken cryptography that would facilitate spies and law enforcement to conduct cyberattacks and carry out unrestricted surveillance.

Possibly Obama understands the vitality of retaining the ability to break encryption that would facilitate backdoor entry into computer systems and exploit flaws in software to contest against rival nations in times of heightened cyber conflict.

To me it seemed like although Obama wanted to see more transparency and more controls over the NSA, he did not want an end to NSA surveillance unless surveillance ends worldwide.

In short, Obama’s address tried to assuage concerns that US intelligence has gone too far but fell short of dismantling the sweeping NSA spying program. At best, he only fiddled at the margins of NSA surveillance designs and granted US citizens a sliver of privacy.

Undoubtedly, Obama’s promise to safeguard the privacy of Americans and the rest of the world are significant but lack the intention to end a global concern over sweeping surveillance, which by its very nature amounts to abuse.

For the defenders of civil rights, this is only the beginning and much needs to be done to restore the faith of people whose trust in their governments and data service providers has been shaken to the core.