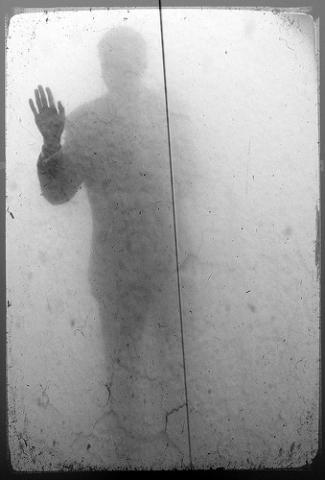 he other day I was traveling in a small town in North India and had settled down for lunch with my hostess in a cozy restaurant when a school bus drove up across the road. The bus was empty but a quick look at its signage gave me a hint about the kind of school it was. Before even I cold venture to ask though, my hostess who too had noticed the bus spoke to inform that it was the bus for a school for the disabled and that it was doing a great job in that small town in looking after the educational needs of the disabled children.

There is little doubt that the school whose name starts with Karuna…… is doing a great job but it is a question to ponder upon as to why disabled and other handicapped people need our karuna- a word that does not lend itself to easy translation into English but which has in built with in the components of pity, compassion and mercy. But why should disabled children be objects of pity? Is it their fault that they were born this way or subsequent to being born were maimed by polio or hit by a car in a road accident or in some other way, suffered a debilitating disease that left them crippled in some form and dependent on others?

Admittedly, pity and compassion are far better responses to plain indifference and neglect that one might typically expect to face given the stigma attached to disability. The whole issue of stigma in a supposedly civilized society to people with leprosy, disability, epilepsy is of course a subject o study in itself. But coming back to ground realities – consider this : “According to India’s first ever published disability census report (Census 2001) released in August 2004, of the 21,906,769 physically and mentally challenged people, 16,388,382 live in rural areas. The National Sample Survey Organization (NSSO) in a study released in April 2004 has concluded that only 9% of the disabled people had higher secondary education and in rural areas less than 1% were enrolled in schools.”

With these dismal statistics, it is of course correct to reason that compassion and karuna are far more desirable motives and emotive movers than callous indifference in our society and some one doing some thing even out of pity, is better than vast numbers of people doing simply nothing at all. However it would be nice to move to a situation where we recognize that people who are handicapped, disabled, differently abled , whatever way we choose to address them; are not objects of pity – they pay taxes, fulfill the obligations and duties of citizens and discharge their duties as individuals living in a town or village with in their own limitations like any one else – it is just so that many of us are a little more adept at masking our short comings and limitations whereas among the disabled , their short comings are pretty much visible up front and so we the smart and the able bodies can throw occasional alms of pity at then and sedate our souls.

Of course it is not a matter of the disabled alone. It could be about the mentally ill or “paagal” in street parlance, the destitute and the derelict, the elderly and the frail— although charity is better than nothing, it is good to move on and recognize that they have a place in the world, that they have some thing to contribute and that they have rights, though they may not have the strength or the understanding to demand them or fight for them. Very often human rights are left to be interpreted and enforced by the state and have come to be associated with custodial deaths, encounter killings and such other nefarious activities. Of course human rights is concerned with these matters and should be. But human rights is also a matter for the common citizen – to go beyond indifference and ignorance to display karuna and compassion and pity and all the associated emotions – but then go beyond that to recognize that every one has human rights and it is every one’s responsibility to help enforce them – in small ways or big….