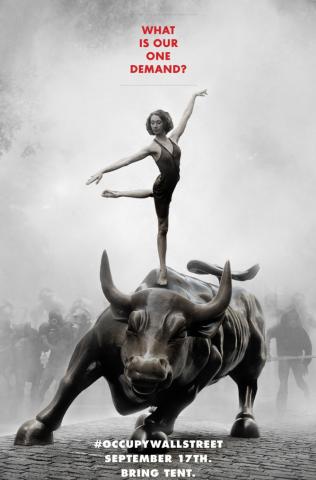 (Originally published at the Daily Censored for Project Censored).

When the Tea Party formed, in 2009, they rolled up in billionaire chartered buses, handed out pamphlets, and were often hosted by national figures, like former Republican Speaker of the House Dick Armey. It turns out, a few of the many Koch brother’s front groups, like Freedom Works and Americans for Prosperity, have been heavily funding the movement. All the while, Fox News spent an ungodly amount of hours on the “news” and commentary all goo-goo eyes over the rise of the Tea Party movement.

At first hundreds and then thousands of “Tea Baggers”, as they called themselves, formed Tea Party organizations and rallied in small groups around the country. The Tea Baggers showed up at the early rallies protesting the national debt (which was mostly created by Republicans), health care reform, auto bail outs, gun laws, immigration, Obama’s birth place, socialism, and fascism. They showed up with tea bags dangling around their tri-cornered hats, and held up signs that portrayed the newly elected president as a monkey, Hitler, Mussolini, a Muslim terrorist, and an African witch-doctor.

The Tea Baggers brought guns to their protests, recruited members into militias, organized ways to disrupt Town Hall meetings over health care reform, shouted vulgarities at Democrat members of congress, screamed down and mocked sick and disabled people, organized a brick throwing campaign to smash the windows and even spit on a congressman that supported the Affordable Health Care Act, which provided health coverage for millions of Americans all the while lowering the deficit.

Now it’s the progressives chance to take to the streets and protest. Over the last four weeks,  the Occupy Wall Street  (OWS) movement (otherwise known as the 99 Percent Movement) has grown from a few hundred protesters to a national movement for progressive reform.

It should come as no surprise to observers of the corporate, mainstream media and beltway politics that Occupy Wall Street movement would be vilified and infiltrated by agent provocateurs. The first signs of the vilification came from right-wing media blowhards like Rush Limbaugh, Glenn Beck, and, of course, Fox News personalities. At first, the blowhards portrayed the OWS protesters as aimless “lefties” with no clear message other than their hatred for capitalism. As the movement grew, over the last few weeks, the right-wingers began portraying the protesters as an angry "mob" of “anarchists”.

In congress, Republican House Majority Leader Eric Cantor claimed the OWS were a “mob” that pits “American against American and Senator Rand Paul compared the OWS protesters to a “French mob”. This, of course, invokes the image of an angry hoard about the behead billionaire bankers.

The biggest blowhard of all, Glenn Beck in fact more than suggested the OWS protesters were violent thugs, he openly claimed they are. According to Mediaite, on Beck’s October 10, 2011 radio program Beck stated:

Contrary to Beck’s pronouncements, one of the clear characteristics of the OWS movement has been their insistence on peaceful, non-violent protest. Yet, they will have to remain ever vigilant in maintaining non-violence. Without doubt, there are government and corporate agents that have infiltrated the movement. Some of these agents are there simply to spy on the movement and report back to the local police, FBI, or their corporate sponsors. While other agents are there to provoke violence in order to smear and damage the image of the movement.

On October 11, ThinkProgress, reported hedge fund manager and “vulture capitalist” Paul Singer has been financing a campaign to damage the reputation of the OWS movement. The following two paragraphs are an excerpt from the ThinkProgress article:

“ Journalist Who Admitted To Infiltrating Protests To ‘Mock And Undermine’ The Movement Works For A Singer-Supported Right-Wing Magazine. In a column posted last night, reporter Patrick Howley admitted that he had surreptitiously joined an anti-war spin-off group from the OccupyDC protests that planned to demonstrate at a military drone exhibit at the Smithsonian’s Air and Space museum. Howley wrote that he “infiltrated” the action and sprinted into the police along with a few protesters in order to “mock and undermine” the movement. Singer is a major donor to the Spectator, a right-wing magazine known for its role in the “Arkansas Project,” a well-funded effort to invent stories with the goal of eventually impeaching President Clinton.

Journalist Pushing To Discredit Occupy Wall Street Is Funded By Singer’s Think Tank. Josh Barro, a journalist who has attacked the 99 Percent Movement in the National Review and the New York Daily News, draws a salary from the Wriston Fellowship at the Manhattan Institute, a big business advocacy think tank in New York. Barro makes the same tired arguments, that anti-Wall Street protesters are too inarticulate and “extreme” to be taken seriously. Singer is the chairman of the Manhattan Institute, and even oversees the Wriston annual fundraiser.”

In addition to the scoffing smears about the OWS protesters being a disorganized mob of useful idiots, the other big attack tactic has been to paint the movements as “anti-capitalist.” Yet, the anti-capitalist tag is just as false as the portrayal of the movement as a mob. The fact is, the U.S. has the greatest divide between rich and poor in the industrial world. The top 1 percent hold 34 percent of the nation’s wealth. This 1 percent has gotten greedy and taken control of our political process. We no longer have a government, as Abraham Lincoln famous said at the Gettysburg Address, “of the people, for the people, by the people”.  Nor do we have a nation that can honestly pledge “liberty and justice for all.”

Instead, we live in a nation, as American sociologist William T. Robinson defined as a polyarchy: “A system in which a small group actually rules and mass participation in decision-making is confined to leadership choice in elections carefully managed by competing elites.” In this case, the elites are the 1 percent the OWS movement are standing up to. The OWS movement aims to put a halt to the elites reaching their ultimate goal, which is to end our American style of democracy and instill a corporatocracy.

The OWS movement aren’t anti-capitalist. They simply want social and economic justice. The OWS movement is not calling for an end to capitalism and demanding “economic equality” as Bill O’Reilly claimed today on his radio program. Rather, they are calling for protections and relief from predatory lenders. They are calling for a more just society, where the top 1 percent pays their fair share of taxes. In case you missed it, the OWS’s list of demands are spelled out in this official statement. In spite of what the pathological liars on the right have been saying, if you look at the list, there is nothing in there that calls for the end of capitalism, nor are there calls for violence, nor the call for a Soviet style communist state, or anything of the sort.

Here is my best advice to the OWS protesters. First, stay mindful of the fact that there are government and corporate provocateurs amongst you. The best way to expose them is watch for folks stirring-up trouble or instigating violence. Second, don’t give-up. Stay true to your mission, strengthen your message, and remain strong. Stay strong and united in your cause and you can overcome the lies, smears, and provocateurs coming for the right-wing elites.