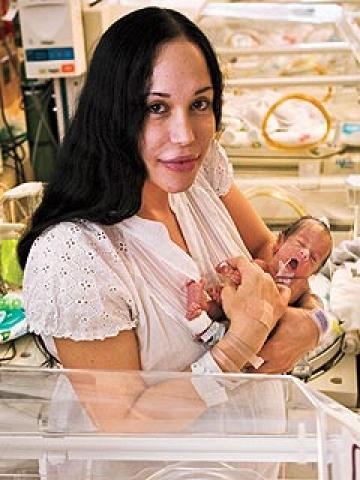 According to the rumors posted in the Celebrity Website TMZ.com and reports appearing in New York Daily News, a tape showing Suleman giving birth to the eight kids may be available for a price upward one million dollars. It is believed that the mother had consented to the video graph.

However, other questions such as the one surrounding the mystery of the bio-father and how she would raise these kids and what type of an identity they would have when reality dawns on them are all still shrouded in mystery.

She has been keeping it as a closely guarded secret and has gone on record not to say beyond that he’s a good platonic friend and his identity would be protected. As to whether the kids would ever know as to whom he is, she is not sure and her crisp reply is that is his choice.