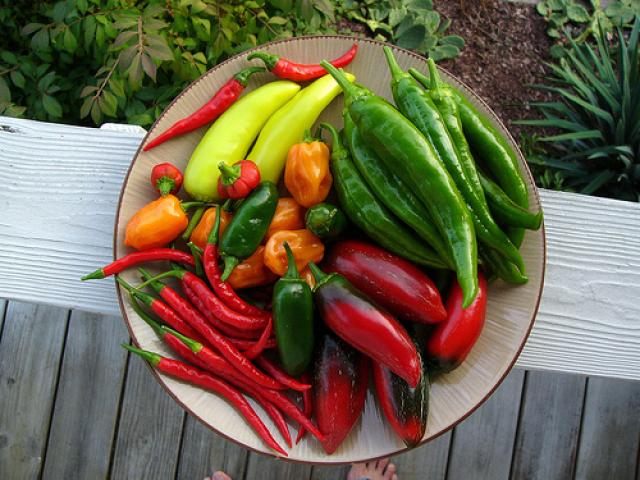 Posted by Lindsey Chapman to FindingDulcinea

Since news of a salmonella outbreak surfaced weeks ago in the United States, shoppers have avoided tomatoes, and grocers and restaurant chains have pulled the food from their shelves.

These measures and others should have translated into fewer reported salmonella cases, but the number continues to increase.

Experts are now turning their attention to other fresh salsa ingredients like jalapeno peppers, green onions and cilantro, to determine if they are responsible for spreading the rare Salmonella saintpaul bacteria.

Experts seem doubtful that cilantro is harboring the salmonella, and peppers aren’t usually a common source of bacterial outbreaks. However, water used to irrigate jalapeno plants or wash the peppers could have been contaminated.

A new focus in the investigation does not mean health officials have given up on the idea that tomatoes may be spreading the salmonella bacteria.

“Tomatoes are notoriously difficult to trace,” explained Dean Acheson, an associate commissioner for foods at the Food and Drug Administration (FDA).

Officials could track the salmonella strain back to a single tomato packer, but tomatoes from multiple farms can be used to fill boxes. There’s no telling where a particular tomato came from once it’s boxed up.

The tomato scare, along with a spate of food-borne illnesses, has drawn attention to how the FDA handles food safety issues.

Many critics say recent problems highlight a need for reforms at the agency. According to the Houston Chronicle, even internal FDA critics say the “food watchdogs” are in “a state of crisis.”