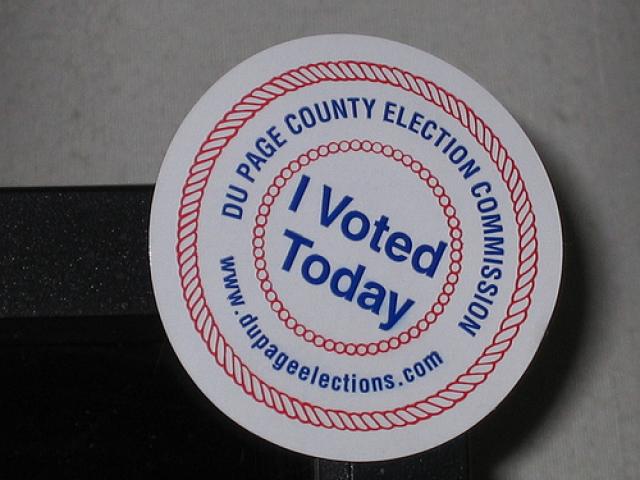 For the last several years I have never bothered to vote, which is what I told people when they would ask for my take on the up coming election. I’ve never bothered to. It wasn’t until this year that I realized I had the totally wrong view on voting. The right to vote has been something people have fought for through-out the history of our country. For me though, it was a bother, something that took effort on my part and which I didn’t feel had a worthwhile payout. After all, what effect would my single vote have in the larger scheme of things anyways? It wasn’t until I thought about it that I realized that casting my vote isn’t only a privilege worth fighting for, it is a responsibility.

Throughout history people have fought for the right to have their voice heard, to have a part in deciding who would lead them. From the Catholics not being able to vote from 1728 – 1793 in the UK and Ireland, to the USA not allowing women to vote until 1920, the right to vote has been fought for world-wide by a plethora of different people. For me to look at voting as a bother, I realized, is to insult those who fought so hard for the rights I took for granted. It was then I decided that this time would be different, and it was time I voted.

Sadly, that was about a year ago, and with several local elections having taken place since, I still am ashamed to say I’ve never voted. I never even registered. I did do something though. As the primary’s got into full swing and November drew ever closer I started to do some research. I began to read not only about the candidates for president and their stances on different issues, but also on the issues themselves. Having been in a political coma for the entirety of my life I had few beliefs when it came to how things should be done. How could I decide who should be president, I reasoned, when I know nothing about the issues they’ll face?

As the weeks went by I was like a man possessed. I truly sought to understand our country’s place in the world, the effects of global warming, immigration, economical crisis, the educational system, government spending, and countless other issues. While I only brushed the surface of these ideas, I slowly started to develop an idea of how I felt about the various problems our country faced. It suddenly became clear to me that it is vital that we find the right person to be president. Yet as I looked at both of the candidates, I was saddened to see that neither of them fully fit my idealized take on who should be the next President of the United States of America.

It was then I started to realized that no person could be perfect, and it was up to me to decide which individual would better tackle some of the issues I believe in, while not fully alienating my opposing viewpoints on others. This wasn’t something I quickly understood or easily came to terms with. Once again I found myself questioning the benefit of voting. Now, not only did I worry my single vote didn’t matter, I also feared that even if I cast my one vote it would have to be for someone I didn’t fully believe in.

It wasn’t until the night before the last day I could register that I finally decided to vote.

Sitting on the couch with my wife, watching some re-run, she yawned and then turned and asked me that same fated question I’d shrugged off so many times, “So, have you decided if you’re going to vote this year?”

Being in a rather lax mood I gave my typical answer “I probably won’t bother. None of the candidates really live up to what I expected.”

My wife just looked at me for a moment before playfully hitting me on the shoulder and replying “Who Could? Stop being so picky!”

At this point we began to wrestle around as we so enjoy doing, but finally a little out of breath I asked her “Hey, you’ve never voted have you?”

Pointing her finger at my nose she replied “Don’t turn this on me buddy, you’re the indecisive one!”   “Seriously, why haven’t you ever voted?” I said as I took her finger off my nose.

She thought for a second before saying “I don’t know, I guess I never really thought about it. I don’t even know how to register.”

Getting up I went into our office and grabbed our newest and old phone books and walked back out. Flipping through the pages I tore out the two voter registration forms they came with and holding them up I smiled and said “I’ll vote if you vote.”

Taking one of the forms out of my hand she looked at it for a moment before replying “OK then, let’s vote.”

Filed under: Politics, US
Share Tweet Pin G Plus Email
previous article: Detention of US Citizen Extended by Pakistan Court
next article: Identity Theft Charges to Be Determined Against Immigrants