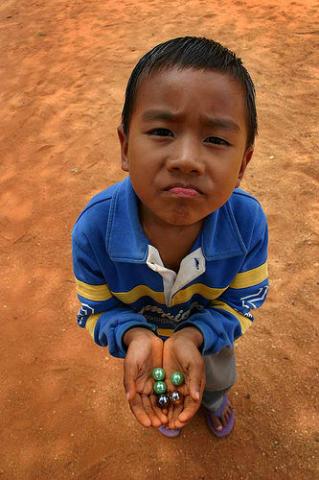 I was a septuagenarian, living with my wife, in a portion of my house. My son was living in the nearby portion with his family. My wife, being an asthma patient and in order to have the privacy and not willing to disturb others, even if they happen to be my son, my daughter-in-law and my grandson, we were living separately. The only solace to our otherwise an uneventful life, was our two year old grandson. Having begun to walk, of late, he was the frequent visitor to our portion. For the morning breakfasts, my wife sometimes used to prepare dosas for the tiffin.Whenever she prepared dosas, she used to murmur, even curse something else, but I didn’t want to hear them or even try to know their meaning. After all she was a patient and in her late 60s.Hence, I used to eat, whatever she offered. But when she baked dosas, she had to tackle a peculiar problem. That too, because of me. Though I had a liking for dosas, still I maintained a habit. My wife used to throw a number of dosas rather unwillingly into my plate. But I would not eat a full dosa. I used to have only the surrounding portions of a dosa, which got roasted and felt more tasty than the central portion of a dosa. In the process, I would eat the surrounding portions of as many dosas as possible, and leave the rest of them in the plate itself. My wife managed to eat the remnants only to some extent and the rest. of them were usually given to a dog, an occasional visitor to our home. One day morning, my wife must have been baking dosas, as I could smell it and also heard it from the kitchen..I had been eagerly awaiting for my chance. Somebody else was opening the door of our portion. It was none other than my grandson. He clinged to me. My wife was also happy to see her grandson. She came up with a dosa in a plate. I asked my wife to feed my grandson .But he insisted to eat on his own. He began to eat and we both were watching him. With his little fingers, he managed to cut the surrounding portions of the dosa and ate them and then pushed the plate aside. My wife even tried to feed him with some central portions of a dosa. Nothing doing. My wife openly commented, ‘you see, your tradition is being carried forward by your grandson !!’ I too was astonished. My grandson was a perfect foil to me to explain the proverb ‘old habits die hard’.