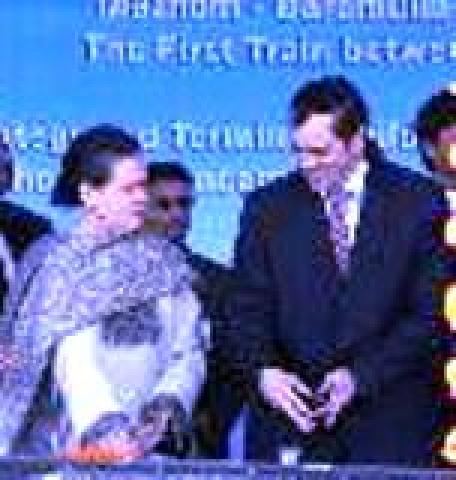 They also discussed general situation prevailing at present in and challenges ahead on various other fronts. The pace of work on centrally sponsored schemes and major projects also came up for discussion in the meeting.

Omar Abdullah and Sonia Gandhi reviewed the functioning of coalition government in the State and expressed satisfaction over its working. They expressed the hope that the coalition government of which National Conference and Congress are major partners would further strengthen and carry forward the development agenda for peace and prosperity of the State unitedly.

Omar Abdullah also apprised Sonia Gandhi of the efforts of his government to address employment crisis and sought her support in the stupendous task to seek better future for the youth of . He also sought her help in the absorption of more and more local youth in the projects being implemented by central government agencies in the State.

UPA Chairperson assured the Chief Minister of of her and her party’s full support for successful implementation of development schemes and strengthening of coalition government to ensure welfare and prosperity in all regions of the State.