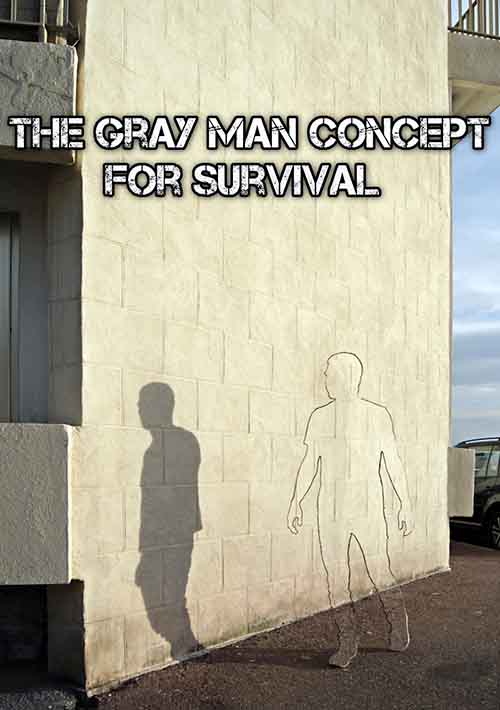 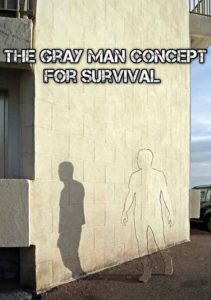 The first time I heard the term “grey man” was in reference to SERE (Survival Escape, Resistance and Evasion) school, where it was taught by the US Army Special Forces instructors as an adaptive survival technique when in captivity.

Since then it has sort of evolved from there to become the ultimate survival tool in many situations.

Basically, the idea is not to stand out in any way that would bring attention to yourself. The idea is to blend into the background as much as possible so that you aren’t targeted for special attention.

This is not as easy as it looks. It takes hard work, training and a fundamental concepts of human psychology.

The grey man “blends into the shadows and is ignored.” He is forgotten about and missed when any punishment or penalties are meted out.

Why is this something that is important for us to think about?

Well, here’s a couple situations where it could be important. It is unfortunately becoming increasingly common for people to be held as hostages/kidnapped by the drug cartels in the areas bordering Mexico or by car jackers in many major urban areas. There have been many bank robberies and terrorist attacks where hostage taking was a key element.

Home invasions as well as robberies that begin as burglaries where the thief thinks he’s entering an unoccupied home or business happen all the time.

People are mugged or held up on the street often too. I have a couple thoughts on that. The first is that the grey man doesn’t look like a weak target that invites attention, nor does he look like a hard target that might cause an assailant to be more cautious vigilant, and violent in his attack. Instead he blends into his surroundings. When asked people will have a hard time describing that individual except in the most basic of terms.

Over the years I have continued to develop my skills as “a grey man.” I have gotten so good at it in fact that if I wanted or needed to I can completely disappear. It is a very subtle art when you think about it.

The basic premise is “Don’t be a fly on the wall. Be the wall.”

This is a key concept of the “grey man” survival concept.

In my case I have also adapted my style of grey man to suit different situations, especially when traveling in different parts of the world. My specialty is urban survival and I am constantly perfecting  my technique.

So how does one become a “grey man?”

It begins with total awareness of your surroundings.

See video: How to disappear in plain site in an urban environment by posing as homeless https://www.youtube.com/watch?v=u6jSKLtmYdM

How to survive interrogation using the “grey man” concept, former SAS commando tells you how https://www.youtube.com/watch?v=jgU64aQkYEs

Over the years I have networked with other grey man survivalists who are constantly adapting their techniques to suit their circumstances.

Filed under: News, US
Share Tweet Pin G Plus Email
previous article: Public urged to prepare now for a disaster not later
next article: 1056471 children vaccinated in first phase in Kashmir