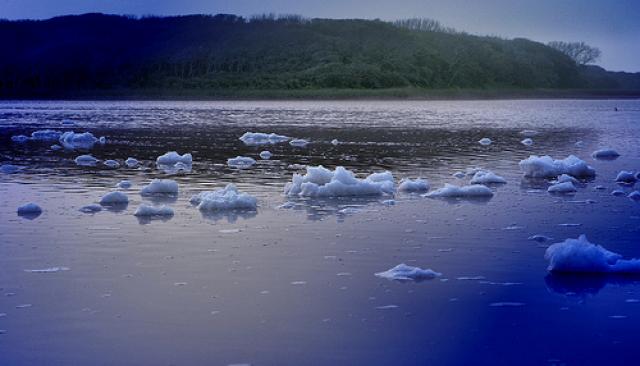 "For those scientists who value their scientific reputations, I would advise that they distance themselves from politically-motivated claims of a ‘scientific consensus’ on the causes of global warming — before it is too late. Don’t let five Norwegians on the Nobel Prize committee be the arbiters of what is good science."

Spencer made this commentary as he was writing up three questions that he–and a good many other scientists and science writers–would like to see answered by the Intergovernmental Panel on Climate Change, or IPCC, the UN’s ministry of global warming truth-telling and Al Gore’s governmental right arm.

1) Why are all of the more than 20 IPCC climate models more sensitive in their total cloud feedback than published estimates of cloud feedbacks in the real climate system?

3) How do you know that the average global warming trend that has, indeed, been observed since 1970 wasn’t the result of a small, natural change in cloud cover? Doesn’t it seem like (another) coincidence that the Pacific Decadal Oscillation (PDO) just happened to shift to a different mode in 1977, about the time that the warming started?

This is a very noble and sensible set of questions that Dr. Spencer has laid out, nice and neat, for the IPCC to answer, but I predict that the IPCC will not be able to answer these questions or, if it ever does, it won’t get around to doing so for at least another ten years, when everyone will have hopefully forgotten about them in the midst of their out-of-control carbon emissions allowance and taxes, out-of-control corn and wheat prices, out-of-control beer prices, and totally out-of-control fuel and meat prices. And all the while, they will be told what kind of light bulbs they must buy, must use, must find adequate storage for, and must keep totally out of the reach of children.

Then again, we’re all going to be dead in 10 years unless we do something really, really drastic like, I don’t know, cease and desist from all driving, all flying, all jet-skiing, and using electricity more than two days out of the week. At least, that’s what some of a group of six graders under the tutelage of teacher Michael Steria at David A. Brown Middle School in Wildomar, California, have been indoctrinated to believe.

One of their letters that Steria had them write to a group of wicked, immoral “global warming skeptics” read, “We are going to tell you about global warming. I don’t care if you don’t want to read, but I’m making you read it you horrible people.”

Well, I’ve long thought that Leftist Liberals sound very childish (the majority, although by no means all, of the believers in man-made global warming are Leftist Liberals, which is why the movement is headed up by the likes of Al Gore), and that sixth-grader letter sounds just like a Leftist Liberal argument.

Dr. Spencer, you and everyone who thinks anything like you, including this writer, are all horrible people!

It doesn’t matter if the AGW alarmists don’t want to read the science that refutes AGW, we are horrible people!

Just as when the highly credentialed Dr. Fred Singer spoke at New York’s International Climate Conference in early March of "the well-known global warming zealots Jim Hansen, Michael Oppenheimer and Steve Schneider [who should be asked to] put their money where their mouth is and have a scientific debate with me. I suspect they’ll chicken out. They surely know that the facts support my position — so they resort to anonymous slurs," he revealed himself to be what he, just like you and me, Dr. Spencer, truly is: "a fraud, a charlatan, and a showman."

Realists or skeptics, indeed! How dare we horrible people?