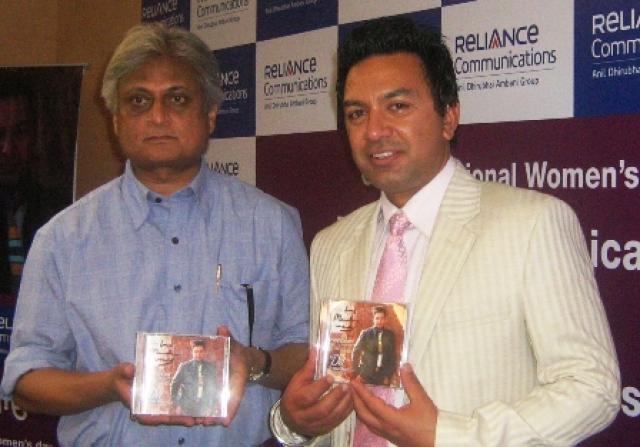 Jammu/Chandigarh,March 8 (Scoop News) –On the occasion of International Women’s Day, Reliance Communications (RCOM) today launched Dhiyan Bachao campaign to create public awareness against female foeticide. It has joined hands with Punjabi singer, Manmohan Waris in this endeavour, who has launched a new number ‘’ Dhiyan Rukh Te Pani” which promotes the cause of the girl child.

RCOM has launched a promotional offer for its customers in order to promote this campaign. Its customers can download this number of Manmohan Waris as a ring tone and participate in a lucky draw. All the winners stand a chance to meet Manmohan Waris in a function to be organized  later this month.

Arvind Kumar, Hub Head, Reliance Communications, Punjab, Haryana, Himachal and J&K Circles said that “ is a country where girls are worshipped as kanjaks and it is indeed heart rending that people still indulge in heinous acts like female foeticide. The best way to celebrate International Women’s Day would be to dedicate ourselves to eradicate this menace. He added that in coming days Reliance shall be conducting awareness programmes through nukkad nataks especially in the rural hinterland and promoting the cause of the girl child through radio as well’’

On this auspicious occasion, Manmohan Waris said that “Female foeticide is uniquely a crisis. The abortion of female children and rising death percentage of baby girls is a shameful blemish on our otherwise great and rich culture. It is unfathomable to see that this cruel sin is still being committed on this great land of ours.”

Manmohan Waris, king of Punjabi music, has always been known for his deep commitment to art and society. His sweet voice and meaningful lyrics have won him many hardcore fans. Success of his latest album, Dil Te Na Laeen, has proved it once more that the majority of Punjabi music fans are still hungry for valuable content. He has always been very conscious towards ’s social issues. He has previously sung about the child labour and rising drug addiction among Punjabi youth. In this album, he goes a step further and takes the cause of the girl child.