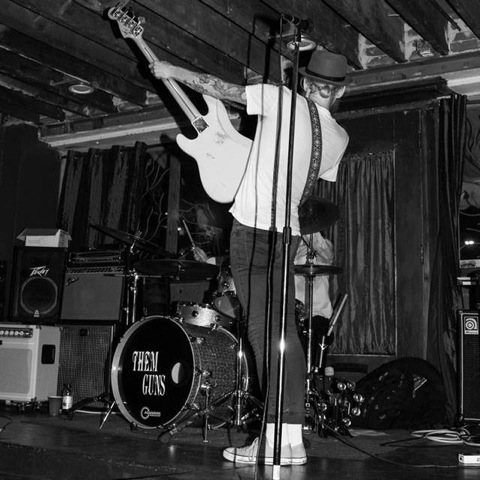 Born in Copenhagen, Denmark Philip Neilsen was a natural musician from the vey start. The son of two music professors, Philip grew up playing piano and guitar while being influenced by his parents’ classical, jazz, and Motown records. As a young boy he was introduced to the Beatles “Ob-La-Di, Ob-La-Da” by his mom, a song that convinced him to pick up the bass guitar.

Like many teenagers in the 90s Copenhagen music scene, Philip listened to a lot of high-energy punk music, as well as heavy bass reggae and ska, influences which would soon lead him to form his own punk and reggae bands called PixLips and It Came from A Lab.

The skills Philip developed early on through his career in punk music gave him the tools and stamina needed to survive the demanding industry and the ability to perform for hours on end with ease. Through his experiences playing ska and reggae he derived a strong sense of rhythm, and an appreciation for his musical partners.

Although he was still in high school at the time Philip Neilsen and his band PixLips was already touring across Denmark, Germany and Sweden with American bands such as Slightly Stoopid, Reel Big Fish and Streetlight Manifesto; and by 2006 their EP Step Right Up had reached number 2 on Danish Reggae charts.

After finishing school Philip attended Det Alternative Rytmiske Konservatorie (DARK) in Copenhagen before coming to the United States to fine-tune his skills at the Musicians Institute in Los Angeles, California. Currently based in Los Angeles, Philip plays bass with the proto-punk influenced indie group Swarming Orchids. The group was formed in 2012 and has been making a memorable mark on the punk scene here in Los Angeles ever since. In 2013 Swarming Orchids released the debut EP Gallows Humour, which included the tracks “Ballerina in the Snow,” “A Murder of Crows,” and “ I Might be Strange.

‘Gallows Humor’ by definition is humor in the face of or about very unpleasant, serious, or painful circumstances. The title alone gives audiences a taste of the band’s bittersweet lyrical and musical repertoire.  Drawing on influences from proto-punk bands from the 60 and 70’s such as The Sonics, The MC5, The Stooges, The New York Dolls and Death, the raw and discordant sound that characterizes the proto-punk genre is very prevalent in all of Swarming Orchids releases.  More importantly Swarming Orchids adds their own unique twist to this genre and displays a wide knowledge of their instruments and genre in their music.

Audiences will be able to see the band on tour across the U.S. next year, and can currently purchase Swarming Orchids’ EP Gallows Humour on iTunes, Amazon, CD Baby, 7digital, and various other sites.

In addition to playing bass for Swarming Orchids, Philip also plays bass for the LA-based trio Grit, and has worked as award winning actor & musician Drake Bell’s upright bassist, as well as with synth/pop band Tic Tic Boom! with which he played bass synth keys along with regular electric bass guitar.

Also be sure to look out for Philip’s new band Grit, a southern rock, blues, and punk band, as they will be releasing the EP LA Don’t Love You in 2015 as well.