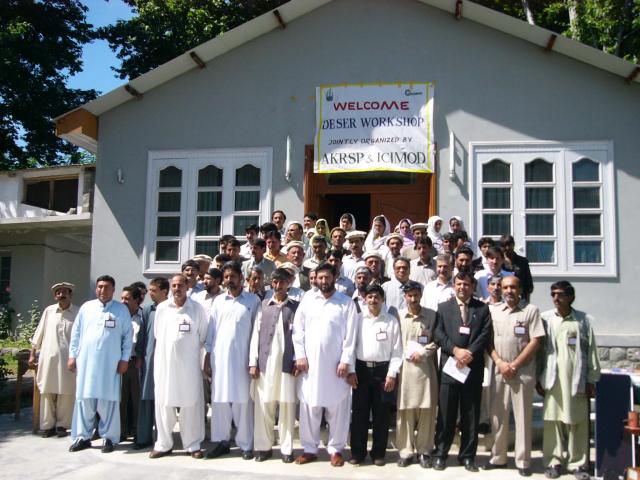 CHITRAL:  Energy is the main problem of present era and it should to be solving with alternate ways experts expressed views during one day workshop launched by for Integrated Mountain Development (ICIMOD), jointly organized in collaboration with Development of Sustainable Energy for Rangelands (DESER) and Aga Khan Rural Support Program (AKRSP) Chitral. District Nazim Chitral Haji Maghfirat Shah was chief guest on the occasion. Addressing the workshop the speakers said that Chitral is also in fault line of seismic zone can be hit by earthquake any time. They said despite having potential of 4500 Mega watt of electricity generation Chitral badly suffering by energy shortage and Wapda failed to provide only 17 MW power. The speakers while introducing pilot project of solar energy stressed that it must be adopted for less consumption of fuel and maximum benefits.

The experts also delivered their presentation through projector and explain different components of home appliances running with solar energy as well as equipment with less firewood and maximum heating stove. They highlighted aim and objectives of ICIMOD who working in 4 countries, , , and Butane. They said that due to energy shortage and lack of alternate source are cutting aggressively causing for global changing in environment and climate of the area. They said that ICIMOD working on three main issues that are Disaster, Water and poverty. They said that too much or too less water is an problem in both position.  Main objectives of the workshop were to introduce solar energy and to motivate the general public for acceptability of these home appliances as they said that their products face main challenges of acceptability, affordability and availability.

As ICIMOD providing eco system of environmental services to its member’s countries so as to solve their main problems of above cited. This is a pilot project and after proper feedback and response of stake holders the organization will promote it further to arrange its appliances to consumers. The stake holders were given task for group working and preparation of presentation consisting on different proposals, and their observations. The workshop was highly appreciated by people belonging to all walks of life and hailed services of ICIMOD for introducing home appliances running with the help of solar energy on first time at Chitral.