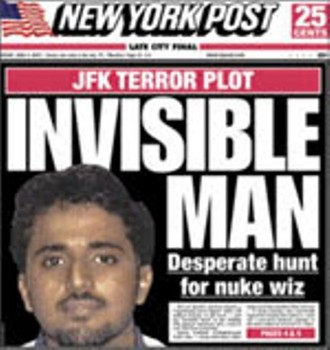 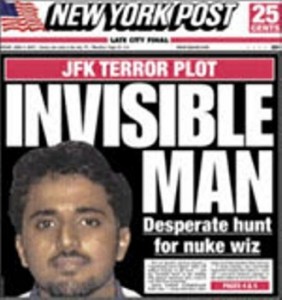 Adnan G. El Shukrijumah was indicted in the “Eastern District of New York in July of 2010 for his alleged role in a terrorist plot to attack targets in the United States and the United Kingdom”, according to the Federal Bureau of Investigation.

The charges reveal that the plot against New York City’s subway system, “uncovered in September of 2009, was directed by senior Al-Qaeda leadership in Pakistan, and was also directly related to a scheme by Al-Qaeda plotters in Pakistan to use Western operatives to attack a target in the United States. El Shukrijumah is thought to have served as one of the leaders of Al-Qaeda’s external operations program.”

He is perhaps the most dangerous al-Qaeda terrorist in the world.

The Rewards For Justice Program, United States Department of State, is currently offering a reward of up to $5 million dollars cash information leading directly to the capture of Adnan G. El Shukrijumah.

If you have any information concerning this person, please contact your local FBI office or the nearest American Embassy or Consulate immediately!

You can also submit an anonymous tip online https://tips.fbi.gov/