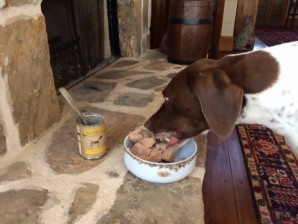 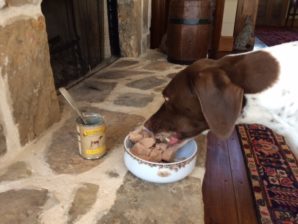 According to the National Chicken Council, Americans each eat an average of nearly 92 pounds of chicken per year. That’s a number that has steadily increased over the years, as appetites for chicken increase. The uptick in demand, combined with the search for lower costs, has prompted chicken processors to look outside the country to get the birds processed. With USDA approval, chickens will be sent to China for processing, then brought back into the country. This raises a lot of concern among those who understand the concerns involving such an action, whether the food is for human or pet consumption.

“This is horrible plan that puts Americans out of work and puts the safety of our food supply at risk,” explains Will Post, founder and CEO, Hound & Gatos Pet Foods Corporation. “We can’t control their food safety laws, which raises a huge problem for those consuming the chickens brought back into the country.”

The plan is to raise and slaughter the chickens in America, then ship them frozen over to China, as reported in the New York Times. There, they will be processed and refrozen and shipped back to America. Many people are concerned over the food safety issue that this poses for humans and pets who may consume the food in this country. China has had problems with the bird flu moving from flocks of chickens and ducks, with concerns over it reaching a pandemic. Also, there have been recalls on pet jerky made in China due to the illnesses it was causing in the pets.

The Hound & Gatos Pet Foods Corporation is one company that is taking a stand against this risky practice. They are demanding that the chicken they use in their pet foods only be sourced and processed in America. This goes against the industry standard, which most consumers are not aware of, yet they are impacted by when their pets become ill from the food they are feeding them or the pet food is recalled.

“We will not compromise with our pet foods,” adds Post. “People deserve high quality chicken that they know is going to be safe. We are demanding that the chicken we use never be sent over to China, which helps to protect food safety, as well as jobs. We hope others will follow suit and do the same thing. We need to take a stand against this practice to protect both humans and are pets.”

Hound & Gatos Pet Foods Corporation is a leader in healthy pet foods, and three-time winner of the “Most Trusted Pet Foods” award by TruthAboutPetFood.com. Additionally, the company has won the “Top Approved Pet Foods” three years in a row by Whole Dog Journal. The company uses only the best sourced ingredients, uses 100 percent meat, makes their pet food right in South Dakota, and offers complete DNA disclosure to show the source of the meat used in their foods. They never use things found in other popular pet foods, such as generic livers, carrageenan, chemicals, unidentifiable additives, and preservatives. They have also never had any of their food recalled.

Hound & Gatos Pet Foods strives to help owners obtain the best quality products for their pets, and they deliver with 100 percent animal protein with no fillers. Visit www.HoundGatos.com and discover the difference of premium quality hypoallergenic pet food. The products are distributed through Animal Supply Co., Pet Food Experts and Canada’s Global Pet Foods. The foods are also available in Canada, at PetOnly.ca and Trueman Dist.